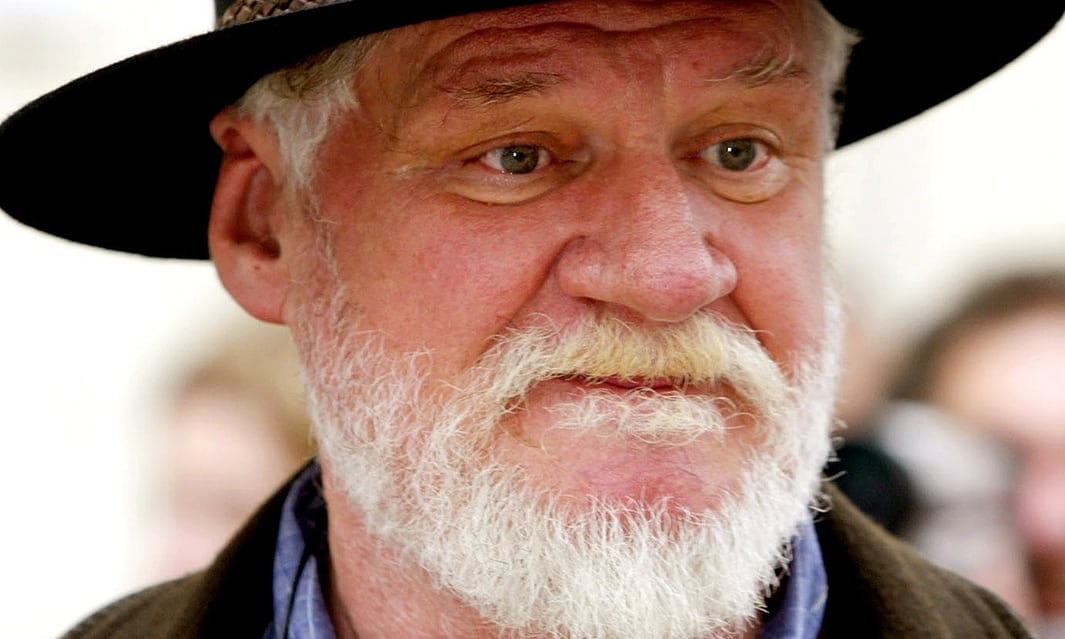 He told a war crimes court he was innocent, then swigged a vial of ‘poison’ on video and died

Shortly after hearing his fate, former Bosnian Croat military chief Slobodan Praljak shouted “I am not a war criminal!” and lifted a vial of liquid to his lips.

He tilted his head back and swallowed.

A short time later, he told the confused court — and the judge who had affirmed his 20-year sentence for murdering Muslims and other war crimes  — “I just drank poison.”

His death was reported by Croatian state TV later on Wednesday.

It was a defiant final act for the 72-year-old accused of ethnic cleansing two decades ago in a failed attempt to create a Bosnian Croat ministate, according to the Associated Press.

The appeal of Praljak was one of the final matters for the International Criminal Tribunal for the former Yugoslavia. Praljak was accused of using violence and murder to drive out Muslims.

Praljak “facilitated the murder of Muslims who did not belong to any armed force, and the destruction of property in Stupni Do in October 1993,” according to the United Nations.

The appeal was the only thing standing between Praljak and possibly spending the rest of his life in prison. The tribunal is expected to conclude next month.

THE HAGUE, Netherlands (AP) - UN judge: Courtroom where Croat claimed to have taken poison is now a crime scene

For now, it is suspended as questions swirl around Praljak’s actions, including what he swallowed and how he was able to sneak it into a war tribunal.

“His act, which we regrettably saw today, mostly speaks about a deep moral injustice towards six Croats from Bosnia and the Croatian people . . . We voice dissatisfaction and regret about the verdict,” Plenkovic said. A series of four video stills shows Praljak drinking what he claimed was poison. (International Criminal Tribunal for the Former Yugoslavia /EPA-EFE/REX/Shutterstock)

Praljak was one of the leaders of a group that sought to form a “Greater Croatia” during the 1992-95 war in Bosnia, according to the Financial Times.

Prosecutors said he helped destroy the iconic 16th-century bridge in the Bosnian city of Mostar in November 1993, according to Newsweek. He also facilitated and concealed his armed forces’ killing of Muslim civilians, including victims of the Stupni Do massacre.

According to The Washington Post’s David Ottaway, more than three dozen civilians in the Bosnian mountain village of Stupni Do were killed “by Bosnian Croat militiamen from the nearby town of Vareš, allegedly seeking revenge for the loss of another hamlet to Muslim forces.”

Rolf Weckesser, an international peacekeeping monitor who got to the village days after the attack, “found a scene of complete destruction,” according to the tribunal's findings, “with the houses still smouldering and about 20 bodies burnt beyond recognition, some of them the bodies of children. There were no indications of fighting.”

U.N. forces that arrived shortly afterward were disgusted by the Croat soldiers’ actions.

“Those who did this are not soldiers, they are scum,” Brig. Angus Ramsay, the chief of staff of the U.N. Protection Force in Bosnia, told Ottaway and other reporters. “This is not war. This is a war crime. Those who have done this thing will one day answer for it.”

Praljak had maintained that Croatian forces had no role in the Bosnian wars and rejected prosecutors’ arguments that he had been involved in the destruction of the bridge at Mostar and the Stupni Do massacre.

The tribunal, which last week convicted former Bosnian Serb military chief Gen. Ratko Mladic of genocide and other crimes, was set up in 1993, while fighting still raged in the former Yugoslavia. It indicted 161 suspects and convicted 90 of them.

The appeals judges upheld a key finding that late Croat President Franjo Tudjman was a member of a plan to create a Croat ministate in Bosnia.

A decade’s worth of hearings was a reminder of the complex web of ethnic tensions that fueled fighting in Bosnia, the AP reported. Those tensions continue to create friction today.

The tribunal overturned some of the convictions related to him. But the heaviest ones remained, along with the 20-year sentence — and the shame of being branded a war criminal.