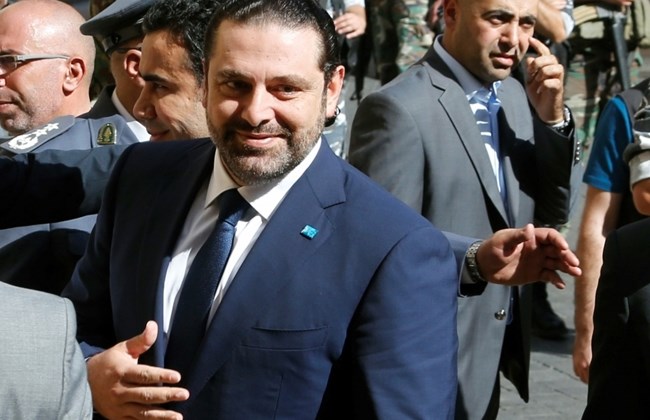 BEIRUT: Lebanese Prime Minister-designate Saad Hariri ended consultations with parliamentary blocs Saturday following two days of talks over the formation of a new government ahead of his meeting with President Michel Aoun.

“The atmosphere was positive. There was a lot of cooperation between me, Speaker Nabih Berri and his Excellency, the President [Michel Aoun]. A lot of parties have asked for sovereign ministerial portfolios, but this is normal,” Hariri told reporters after completing the consultations.

Hariri discussed with Aoun today afternoon the government formation, a task he hopes to accomplish as soon as possible. He said that political parties will be represented in the Cabinet in proportion to the size of their parliamentary bloc. He expressed hope that a new government will be formed before Lebanon’s Indepedence Day on Nov. 22.

The most important meeting of the day for Hariri was with Hezbollah’s 13-member Loyalty to the Resistance bloc. The bloc’s leader Mohammad Raad said that they did not discuss ministerial portfolios with Hariri, but agreed on a “mechanism to follow up” on the Cabinet make-up.

“We welcomed [Hariri’s] proposal of a national accord government which does not exclude anyone and we affirmed the priority of improving living standards and strengthening security,” Raad added.

Ministerial and parliamentary sources said there was agreement in principle that the new Cabinet should comprise 24 ministers, with the possibility of expanding it to 30 ministers if the need arises to satisfy all blocs.