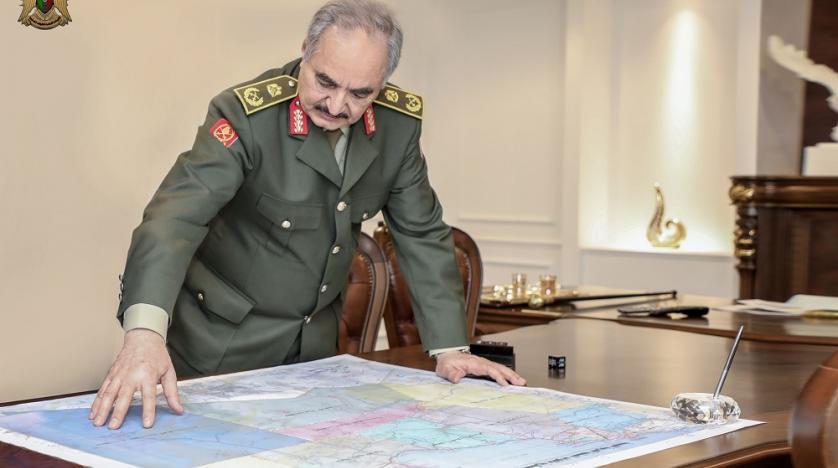 Haftar to stand trial for war crimes in US court

A Virginia judge has entered a default judgment against a Libyan military commander after he repeatedly failed to show up for depositions in a federal lawsuit in which he is accused of war crimes.

The exact amount of the judgment against Khalifa Haftar, who spent decades living in the U.S., will be determined at a future date. Because Haftar and his family own extensive property in northern Virginia from his time in the country, according to the plaintiffs, they are optimistic they will be able to collect any judgment that is awarded.

At a hearing Friday in U.S. District Court in Alexandria, Judge Leonie Brinkema adopted the recommendations of a magistrate who said the plaintiffs should be granted default judgment.

The magistrate's report cited Haftar's repeated refusal to sit for scheduled depositions about his role in the fighting that has plagued the country over the last decade.

In court papers, Haftar tried to claim immunity from suit as a head of state. After Haftar failed to show up in May for his most recent scheduled deposition, his lawyers filed a motion to withdraw from the case, saying he had stopping communicating with them and stopped paying his legal fees.

Once a lieutenant to Libyan dictator Moammar Gadhafi, Haftar defected to the U.S. during the 1980s and spent many years living in northern Virginia. according to the lawsuits. He is widely believed to have worked with the CIA during his time in exile.

He returned to Libya to support the anti-Gadhafi forces that revolted against the dictator and killed him in 2011. Over the last decade, he led the self-styled Libyan National Army, which has controlled much of the eastern half of the country, with support from countries including Russia, Egypt and the United Arab Emirates.

A U.N.-supported government has controlled the capital in Tripoli, with extensive support from Turkey. A cease-fire between the warring sides in 2020 was supposed to lead to elections in December 2021, but they never occurred. Negotiations to set a new election have been unsuccessful. One sticking point has been whether to ban military personnel as well as dual citizens from running for the country's top post, conditions that would eliminate Hafter as a candidate.

The lawsuits were put on pause last year after Brinkema expressed concerns they would be used to interfere with the country's presidential elections, in which Haftar was a candidate.

She reinstated the lawsuits when the elections were postponed with no foreseeable rescheduling.

Esam Omeish, president of the Libyan American Alliance, which supports one group of plaintiffs, praised Brinkema's ruling and said it "should send a clear message to the international community to stop supporting a war criminal and a would-be dictator in any proposed Libyan political settlement."

Tags:
Haftar defected to the U.S. during the 1980s and spent many years living in northern Virginia. according to the lawsuits. He is widely believed to have worked with the CIA during his time in exile, Judge Leonie Brinkema, lieutenant to Libyan dictator Moammar Gadhafi, U.S. District Court in Alexandria