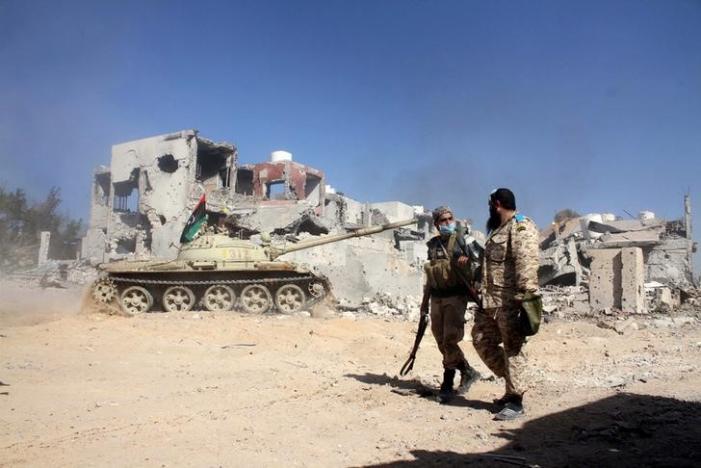 Haftar on the run after Tripoli counter assault

Forces loyal to Libya’s internationally recognised government said on Friday they had entered Tarhouna, the last major stronghold of eastern commander Khalifa Haftar near Tripoli, capping the sudden collapse of his 14-month offensive.

There was no immediate comment from Haftar’s Libyan National Army (LNA) on whether its forces remained in the town, a day after they were pushed from their last positions in the capital.

Turkish backing has helped the internationally recognised Government of National Accord (GNA) to a string of victories in recent weeks, ending an assault on Tripoli that led to battles in its southern suburbs and bombardment of the city centre.

The GNA operations room said in a statement that its forces had reached the centre of Tarhouna after entering from four sides.

Abdelsalam Ahmed, a resident of Tarhouna, said GNA forces had entered the town.

Libya’s conflict is far from over, however, with the LNA still controlling the country’s east, where there is a parallel administration, and large parts of the south, where the country’s main oilfields are located.

The LNA is backed by Russia, the United Arab Emirates and Egypt.

The United Nations has warned that a recent flood of weapons and fighters to both sides in Libya risks a major new escalation.

A Lebanese success story amidst an unprecedented economic crisis

The situation in Lebanon is deteriorating. People are increasingly desperate amid the political deadlock, the …