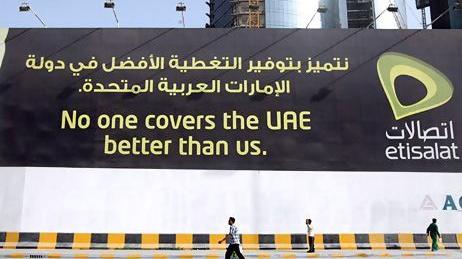 Gulf states need to work on their web speeds

Quite disappointingly, the Gulf states have not achieved outstanding results in the 2018 report concerning internet speeds. The best performance among Arab nations was Bahrain’s, but it could place only 90th worldwide, far behind South Asia and Europe, according to rankings compiled by cable.co.uk.
Of the other GCC countries, the UAE was at 101st, Saudi Arabia at 104, while Oman and Qatar were in the 110th and 111th positions. And then there was Kuwait at a lowly 125. The final standings translate into declines for all GCC countries except Bahrain, which saw a gain by six places. Strengthening rankings on key growth factors is in line with Bahrain’s drive to have a competitive edge at the regional level.

This can be understood in view of Bahrain’s need to distinguish its economy, not least because it is the smallest country in terms of size, GDP and population. In reality, there is growing emphasis on online services, notably in the financial services sector, in turn a key component of Bahrain’s GDP. The oil sector competes with banking for supremacy in the island’s GDP contributions.
Interestingly enough, many of the Asian countries do better than the GCC at large in the index, including Malaysia, Sri Lanka, Indonesia and the Philippines. It is totally understandable for countries to place emphasis on internet speeds as a means of enticing foreign investors.
There is significant differences in broadband speeds of the Gulf states as compared to Singapore’s, which tops the index. Internet speed in Bahrain and Kuwait, in turn the best and worst performers within the GCC, stands at 5.05 Mbps in Bahrain and 2.76 Mbps in Kuwait. Yet, this is considerably below the 60.4 Mbps in the case of Singapore, which tops the list.

Global investors
Remarkably, it takes a mere 00.11:18 seconds to download a 5GB HD movie in Singapore compared with 2:15 minutes in Bahrain and 4:06:57 minutes in Kuwait. Undoubtedly, internet speeds are vital in the era of globalisation where businesses and individuals seek to complete online transactions in minimum time. Global investors care as much about the web services as they do other variables such as infrastructure, laws of the land, and business opportunities when making decisions about of the destinations receiving investments.
GCC countries have the ability to improve web performances to meet the ever growing needs of businesses, residents and visitors. For users, the faster the speed, the better the proliferation of online activities will be.
The move towards e-government requires high-speed internet connections to ensure speed of transactions. Understandably, more governmental entities in the GCC are focusing on online services.
Another area undergoing a positive is that of online point-of-sale services. Slowly and steadily, carrying of cash is becoming a non-necessity. Some merchants prefer payment by card over cash simply to avoid returning the change.
The youth population of the GCC has an appreciation for internet speeds. They have little patience and tend to make comparisons with services available elsewhere. The Gulf states cannot allow a lag to build in speed of web delivery.