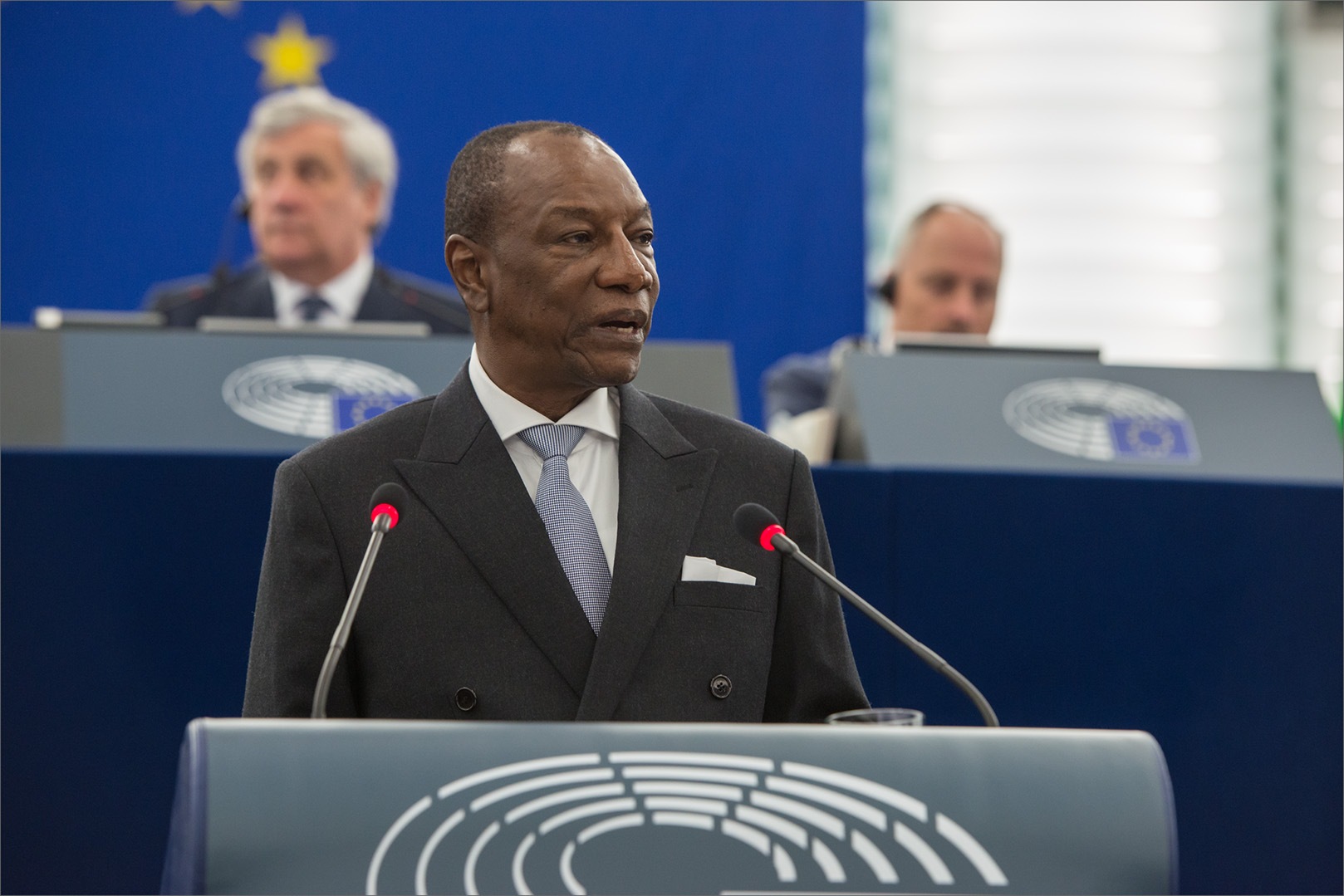 The President of Guinea, Alpha Condé, issued a resolution, appointing Dr. Ali Mohammed Al Khouri, who also heads the Arab Federation for Digital Economy, as a special advisor to the Government of Guinea, to benefit from his vast expertise in digital transformation and development.

He spoke high of Dr. Al Khouri's achievements who was ranked 23rd amongst the world’s 100 most influential people in digital government and the only Arab figure to appear in the list.

In this connection, President Condé also praised the support of the Arab League and of the UAE, culminating in a joint Arab strategic vision for the digital economy and benefiting development efforts in many African countries.

This was stated during a reception hosted by President Condé in Conakry to a delegation of the Arab League's Economic Unity Council, EUC, headed by Dr. Al Khouri, the Council's Advisor, in the presence of Guinean ministers and senior officials.

Condé also commended the impressive progress made by the UAE, under the wise leadership of President His Highness Sheikh Khalifa bin Zayed Al Nahyan.

A Memorandum of Understanding, MoU, was signed between the Government of Guinea and the EUC for the implementation of similar projects in Guinea, based on the joint Arab vision for the digital economy. It was signed by Guinean Prime Minister, Ibrahima Kassory, and Dr. Al Khouri.

Kassory thanked the Arab League and the UAE for their role in developing and promoting the digital economy initiative. He also thanked H.H. Lt. General Sheikh Saif bin Zayed Al Nahyan, Deputy Prime Minister and Minister of the Interior, for following up the implementation of this strategic project.