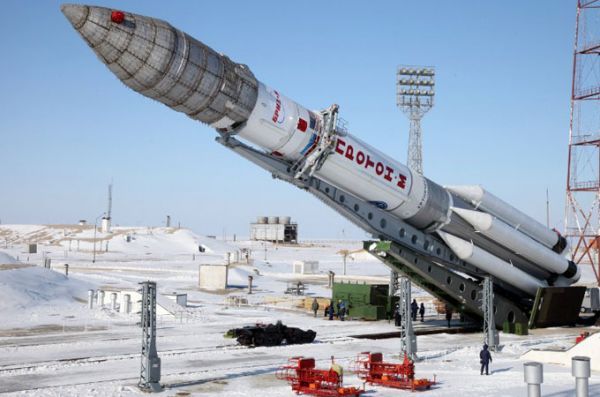 It’s of critical importance—indeed, existential importance—to the world: the Treaty on the Prohibition of Nuclear Weapons. And a coalition of peace organizations in the United States is charging that media are acting like the treaty “does not exist.”

The Nuclear Ban Treaty Collaborative is waging a campaign to encourage press coverage of the treaty, which, it argues, “provides the only pathway to a safe, secure future free of the nuclear threat” (Oak Ridge Environmental Peace Alliance Newsletter, 6/22).

While the UN works to abolish nuclear weapons, spending on them is increasing in some countries (totals in billions). The International Campaign to Abolish Nuclear Weapons (ICANW) has calculated that last year, the United States spent over $84,000 per minute on nuclear weapons (ICANW, June 2022).

In the words of the UN, the treaty is “a legally binding instrument to prohibit nuclear weapons, leading towards their total elimination.” It was adopted by the UN General Assembly—with 122 nations in favor—and opened for signature in 2017. It was entered into force in January 2021.

But its provisions only apply to nations which are party to it. Countries with nuclear weapons—including the United States, Russia and China—have not. Instead, “so far, they have refused, boycotted meetings, and even pressured countries not to sign on,” the Federation of American Scientists has noted (FAS, 1/22/09).

Media attention is vital if the TPNW is to become a reality. But as the Oak Ridge Environmental Peace Alliance (OREPA), a member of the Collaborative, explained in its June newsletter:

The last time the New York Times mentioned the TPNW was October of 2020, when Honduras became the 50th nation to ratify the Treaty, triggering its Entry in Force. In all the coverage of nuclear weapons since then, including a surge since Vladimir Putin invaded Ukraine, the TPNW has not been mentioned once.

National Public Radio has had four significant reports about nuclear weapons in the last three months, including a seven minute report on Sunday, March 27. None of the reports mentioned the TPNW—the last time NPR mentioned it was in January 2021 when it reported on the Treaty’s entry into force, noting it was a significant treaty becoming international law. Since then, crickets.

CNN is marginally better. A search of the website for “nuclear weapons” turns up almost daily reports; but the Treaty on the Prohibition on Nuclear Weapons gets only one mention—an op-ed on May 3 from Ira Helfand, co-president of International Physicians for the Prevention of Nuclear War.

The Collaborative is calling for media to cover the treaty whenever reporting on the threat of nuclear weapons.

Ralph Hutchison, coordinator of OREPA, said in an interview:

What became alarming was that there was a revival of coverage of nuclear weapons after Vladimir Putin made his threat. In all those articles we seemed to be locked into Cold War thinking which ignores the reality that an alternative to “mutually assured destruction” exists: the Treaty for the Prohibition of Nuclear Weapons. And yet there was nothing.

One of the few newspaper articles in recent months about the treaty came when the Batavia, NY-based Daily News‘ Margret Lee (6/11/22) covered a local peace protest.

Indeed, according to a search of the Nexis news database, US newspapers have mentioned “nuclear weapons” 5,243 times between February 24, when Putin began talking about their potential use in Russia’s invasion of Ukraine, and August 4. Only 43 of those times included a mention of the treaty; the great majority of these were letters to the editor or opinion columns.

This comes against the backdrop of the Bulletin of Atomic Scientists in 2020 moving its “Doomsday Clock” forward to 100 seconds to midnight, where it has remained through today. It defines midnight as “nuclear annihilation.” This was the closest to midnight the clock has been set at since it was created in 1947 (1/20/22).

“Let’s eliminate these weapons before they eliminate us,” said UN Secretary-General Antonio Guterres at the conclusion in June of a “Political Declaration and Action Plan” for implementation of the TPNW—“important steps,” he said, “toward our shared goal of a world free of nuclear weapons” (UN Press, 6/21/22).

Today, the terrifying lessons of Hiroshima and Nagasaki are fading from memory.  The once‑unthinkable prospect of nuclear conflict is now back within the realm of possibility…. In a world rife with geopolitical tensions and mistrust, this is a recipe for annihilation.

We cannot allow the nuclear weapons wielded by a handful of states to jeopardize all life on our planet.  We must stop knocking at doomsday’s door. The Treaty on the Prohibition of Nuclear Weapons is an important step towards the common aspiration of a world without nuclear weapons.

Can the atomic genie be put back in the bottle? Anything people have done, other people can undo. And the prospect of massive loss of life from nuclear destruction is the best of reasons.

There’s a precedent: the outlawing of chemical warfare after World War I, when its terrible impacts were horrifically demonstrated, killing 90,000. The Geneva Protocol of 1925 and the Chemicals Weapons Convention of 1933 outlawed chemical warfare, and to a large degree the prohibition has held.

As Pope Francis said on a visit to Nagasaki in 2019, in which he condemned the “unspeakable horror” of nuclear weapons: “A world without nuclear weapons is possible and necessary.”