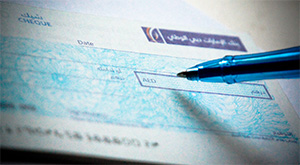 Gross credit increased to around AED1.653 trillion by the end of November, a growth of 4.6 percent from AED1.58 trillion in December last year.

Total deposits amounted to AED1.739 trillion in November, an increase of 7 percent of AED112 billion from AED1.627 trillion in December 2017.

The ratio of total banks’ eligible liquid assets- which consist of cash in hand, liquid assets at CBUAE and eligible bonds/sukuks as prescribed by regulation 33/2015 & Basel Principles but excludes interbank positions- hit 17% to total assets.

The growth recorded in gross credit reflects the robust financial solvency enjoyed by UAE banks as a result of the significant improvement recorded across all operating indicators during the first 11 months of the year.

Helpless & Hopeless in the Eye of the Storm: The Fate of Banks in Lebanon

Despite the critical role they play in the economy, banks in Lebanon have been left …