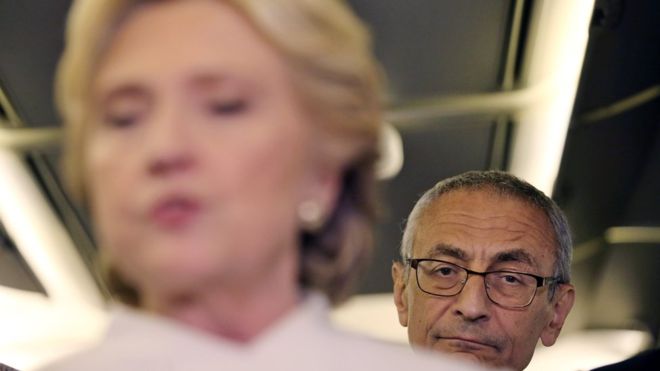 A veteran Republican operative and opposition researcher solicited and raised at least $100,000 from donors as part of an effort to obtain what he believed to be emails stolen from Hillary Clinton, activities that remain of intense interest to federal investigators working for special counsel Robert Mueller’s office and on Capitol Hill.

Peter W. Smith, an Illinois businessman with a long history of involvement in GOP politics, sought and collected the funds from at least four wealthy donors as part of the plan to obtain Mrs. Clinton’s stolen emails from hackers just weeks before election day in 2016, according to people familiar with the matter and documents reviewed by The Wall Street Journal.

Mr. Smith’s effort to find what he believed were some 33,000 deleted emails Mrs. Clinton said were personal was first reported by the Journal in a 2017 story, but the extent of his planning went far beyond what was previously known. Mr. Smithdied 10 days after describing his efforts to a reporter for the Journal newspaper.

The documents and people familiar with the matter depict a veteran political operative with access to wealthy donors and deep connections in Republican politics on a single-minded quest to find incriminating information about Mrs. Clinton even after government officials warned of Russian involvement in U.S. politics. People familiar with the investigations described Mr. Smith’s activities as an area of expanding interest.

Mr. Smith went to extraordinary lengths to ensure the privacy and secrecy of his projects, according to emails and court records reviewed by the Journal and a person familiar with the matter.

One email showed the anti-Clinton funds referenced as donations that were to be sent to a Washington, D.C.-based scholarship fund for Russian students.

Mr. Smith often communicated with associates using a Gmail account under the name “Robert Tyler” that both he and several others had access to, according to emails and a person familiar with the matter. He sometimes asked associates to communicate with him by writing a note and saving it the draft folder of the account, according to correspondence reviewed by the Journal.

He also had one phone number that he used for sensitive matters and a commercially available encrypted email account. Hard drives that Mr. Smith’s estate turned over to federal investigators were also encrypted, according to people familiar with the matter.

According to an email in the “Robert Tyler” account reviewed by the Journal, Mr. Smith obtained $100,000 from at least four financiers as well as a $50,000 contribution from Mr. Smith himself. People familiar with Mr. Smith’s financial transactions confirm there were donations.

The email, dated Oct. 11, 2016, in the “Robert Tyler” account, included the subject line “Wire Instructions—Clinton Email Reconnaissance Initiative” and was addressed to Mr. Smith. The writer, who identified himself as “ROB, ” said: “This $100k total with the $50k received from you will allow us to fund the Washington Scholarship Fund for the Russian students for the promised $150K.” The Journal couldn’t determine if such a fund actually exists.

“The students are very pleased with the email releases they have seen, and are thrilled with their educational advancement opportunities,” the email read. Because multiple people had access to the “Robert Tyler” email account, it couldn’t be determined who sent the email to Mr. Smith.

The email about obtaining the pledges came just days after WikiLeaks and the website DCLeaks began releasing emails damaging to Mrs. Clinton’s campaign and four days after the U.S. government publicly warned that Russia was attempting to interfere in the U.S. election through the hacking and release of stolen emails and doing so at the direction of the Kremlin’s “senior-most officials.” Russia denies interfering in the election.

The activities of Mr. Smith—who died in May 2017 at 81—remain an active area of interest to investigators, according to people familiar with the investigation. An autopsy report said he had killed himself in a Minnesota hotel room.Mr. Smith left behind carefully prepared documents including a statement, which police deemed a suicide note, that read: “NO FOUL PLAY WHATSOEVER,” according to the Chicago Tribune.

In addition to giving hard drives to the House and Senate intelligence committees, which are also investigating election interference by Russia, Mr. Smith’s estate has given documents to Mr. Mueller’s team, people with the matter said. Associates of Mr. Smith have been interviewed by investigators or summoned before a grand jury as recently as this summer, according to documents and people familiar with the matter. BuzzFeed has also reported that Mr. Smith’s bank transfers are under scrutiny.

John Szobocsan, a business associate of Mr. Smith, appeared before a federal grand jury in August, according to one person familiar with the matter. Mr. Szobocsan, who emails show was involved in Mr. Smith’s pursuit of Mrs. Clinton’s emails, also was interviewed by Mr. Mueller’s team three times earlier in the year, according to court records that were reviewed by the Journal.

Mr. Szobocsan is seeking repayment from Mr. Smith’s estate for the legal costs he has accrued, according to court records. He and an attorney representing him didn’t respond to requests for comment.

The focus from investigators on Mr. Smith’s quest to obtain Mrs. Clinton’s emails may be especially significant because Mr. Smith had implied in conversations with people in his circle and others he tried to recruit to help that he was working with retired Lt. Gen. Mike Flynn, at the time a senior adviser to then-candidate Donald Trump, the Journal has reported.

Mr. Flynn pleaded guilty last December to lying to investigators about his calls with Russia’s ambassador a month before Mr. Trump’s inauguration. Prosecutors said at the time Mr. Flynn was cooperating with their investigation into Russian interference in the 2016 election and possible links to the Trump campaign.

After an extended period in limbo, prosecutors said last month they were ready for a federal judge to sentence Mr. Flynn and the court has scheduled proceedings for Dec 18. An attorney for Mr. Flynn didn’t respond to requests for comment.

Mr. Trump has repeatedly denied collusion between his campaign and Russia.

Retired Wall Street financier Charles Ortel said he spoke with Mr. Smith on the phone in the hours before his death about a new project to brief the Obama Foundation and warn its leaders against the mistakes they believed were made by the Clinton Foundation. According to Mr. Ortel, Mr. Smith sounded excited, and he began brainstorming who to contact and how to proceed.

“I came away from that conversation saying this is great. We’re going to make progress,” said Mr. Ortel, who had previously communicated with Mr. Smith about efforts to obtain Clinton’s emails but was not one of the four people named in the email account as financial contributors. He said he was stunned when news outlets reported that Mr. Smith had taken his life shortly after their conversation.