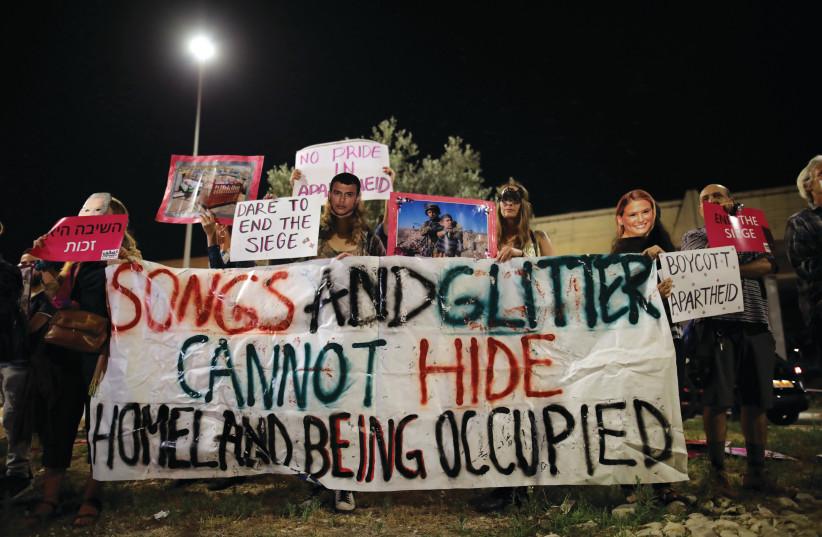 Gabriel Schubiner, software engineer and researcher at Google and Bathool Syed, content strategist at Amazon, wrote in an op-ed on NBC News: “We’ve joined together as workers across corporate lines for the first time to send a joint letter Tuesday calling on Google and Amazon to respect Palestinian human rights and cancel Project Nimbus.”

The letter, signed by nearly 1,000 employees at Amazon and more than 600 at Google, calls on the two companies to pull out of Project Nimbus and cut all ties with the Israeli military.

“As more and more Palestinians are documenting Israeli human rights abuses on the ground, it’s no longer possible for the rest of the world to ignore the brutal reality of the Israeli occupation and military actions targeting civilians,” Nadim Nashif, Director, 7amleh — The Arab Center for the Advancement of Social Media, told Arab News.

“By participating in the creation of these technologies and providing them to the Israeli government, companies such as Google and Amazon are further entrenching and enhancing this illegal occupation, and legitimizing illegal military actions around the world,” said Nashif.

Project Nimbus is a $1.2 billion project where Google and Amazon are providing cloud services for Israel’s public sector and military.

“The Nimbus framework will provide cloud services to Israeli government ministries including local municipalities, government-owned companies, and public sector organizations with the aim of helping to accelerate digital transformation,” Amazon said in a statement issued earlier this year.

However, in the letter, the employees stated that Project Nimbus will enable the selling of “dangerous technology to the Israeli military and government.”

It added that Google and Amazon’s contracts with institutions such as the US Department of Defense, Immigration and Customs Enforcement and other law enforcement departments, are “part of a disturbing pattern of militarization, lack of transparency and avoidance of oversight.”

Schubiner and Syed also alluded to the dangers of Project Nimbus in their op-ed, stating that their cloud services would help to facilitate the Israeli military’s control and persecution of Palestinians, demolition of Palestinian homes in the occupied Palestinian territories and attacks on Gaza.

“We cannot look the other way, as the products we build are used to deny Palestinians their basic rights, force Palestinians out of their homes and attack Palestinians in the Gaza Strip,” the employees said in their letter, which concluded with them condemning the Project Nimbus contract and asking the two companies to reject this and other contracts that would harm users.

The workers also called on other employees from around the world in the technology industry to join them “in building a world where technology promotes safety and dignity for all.”

“There’s a growing movement of Silicon Valley workers who are taking a stand and showing solidarity with marginalized communities whose lives are impacted by the increasing militarization of the technology space. Technology companies must listen to their employees, or risk facing the consequences of profiting from state-sanctioned human rights abuses,” said Nashif.