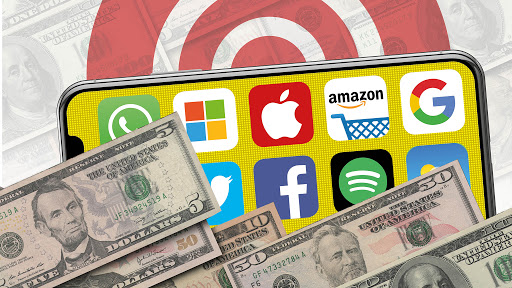 About the Giants, Noah & the Abraham Accords

Big Tech may be powerful
but their power is completely at the mercy of The Cash Deal they made
in the beginning,
when the “idea”
was a big unknown longshot,
unlike pulling steel and oil from the ground
and making sure that there is protection
for all the hard earned real wealth
of infrastructure and homes being built,
thank you President Trump.
Bill Gates had a secret meeting
and sold his soul to the Devil,
another name for The Cash Mob Elite.

Big Tech is the most naïve player at the table of The Trillion Dollar Club. Remember?
the one where are you have to sign a check
for paying $1 trillion to join.
Big Tech is lost in an illusion.
The other players at
The Table of The Trillion Dollar Club are:
The Entertainment Empire (including the fake news media)
The Shipping Empire (including the Vikings)
The Pope
and now
President Trump. Oh but he knows
how to WIN The Game.
He has the trump card.
He’s had it from the beginning;
declaring demurrage on The US dollar.

But before playing this very special card certain things had to be done;
infrastructure had to be built,
this includes The Wall
and rebuilding ports for export,
and military had to be first rate
to protect all of this the real wealth
hard-earned created by The Workers.

Four years later The Cash Mob Elite
is very nervous.
They are the ones at The Table
who in the beginning
hoarded the money (gold)
to create their very tricky leverage device
for manipulating market conditions.
They have been building up this
very powerful “tool”,
that’s what The Fed calls it,
for thousands of years.
Just ask Jesus about it.
Ask Mohammed.
Ask Silvio Gesell.
Ask President Trump.

Watch for
The New Trump Train Tour;
God’s Money,
declaring demurrage on The US dollar.
Thank you President Trump
for teaching us so much about economics these last four years.
We trust you,

PS
The Abraham Accords will move forward
and guaranteed to never be interrupted
nor distorted. Why?
President Trump
and the other leaders
who are part of The Demurrage Gang
will declare demurrage on The US dollar.