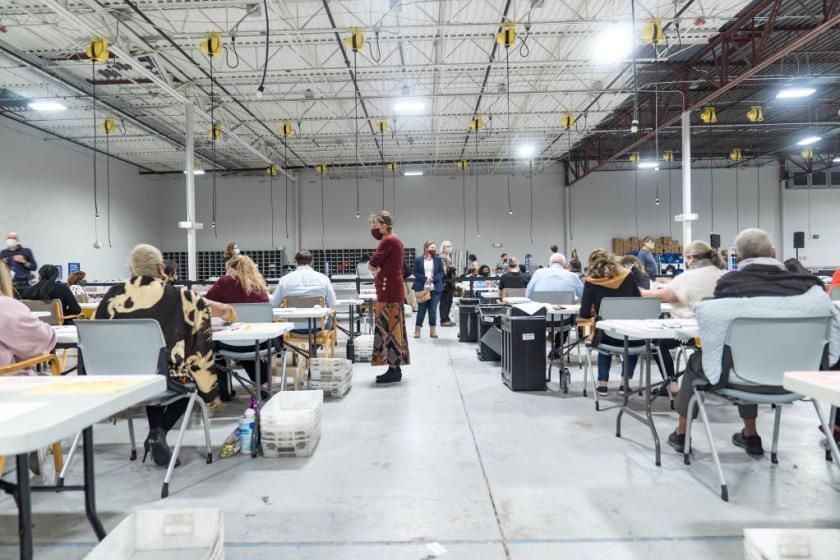 By Arthur Blok
Top Republicans on the House Judiciary and Oversight Committees on Wednesday demanded that Committee Chairs Jerrold Nadler and Carolyn Maloney launch congressional investigations into alleged "errors and misconduct" surrounding the 2020 presidential election, and called for them to hold hearings "immediately."

As the hand-tallying in Georgia continues, officials in Fayette County unearthed 2,755 ballots that had not been included in the original count. "There was an issue where we noticed there were more people on the absentee ballot filed for voting in person in Fayette County than was in the actual reporting," Georgia election official Gabriel Sterling said.

Sterling added the problem was the result of several individuals not following the proper procedures. An additional 284 ballots were found in Walton County. Allegedly the problem was due to votes being previously uploaded from only one of the two ballot scanners in a precinct.

Floyd County ballots
Earlier this week more than 2,600 ballots were found in Georgia’s Floyd County that have not been tallied. Georgia began recounting its nearly 5 million ballots by hand on Friday after Trump and the Republican Party requested a statewide audit.

The 2,600 previously uncounted ballots in the county marked the most significant issue so far uncovered in the recount process. Floyd County Republican Party chair Luke Martin called the mishap “concerning” earlier this week.

The Trump campaign on Wednesday filed for a partial recount in Wisconsin claiming illegally-altered absentee ballots and illegal advice given by government officials allowed Wisconsin’s voter ID laws to be circumvented.

Troubling developments in the U.S. presidential election circus. An election in which candidate Joe Biden has been announced the winner by the vast majority of the mainstream media a few days after the November 3 elections before all the votes were counted.

Biden had been leading by approximately 14,000 votes in the state of Georgia. The updated count in Fayette County trimmed the lead to under 13,000. By December 8 all state recounts and court contests over presidential election results must be completed.

By Arthur Blok - 1 week ago
The scale and scope of Lebanon’s - economic - depression are leading to a collapse of the most basic public services. Prolonged inaction by the authorities has worsened economic conditions and deepened the financial crisis. It’s a struggle for both civilians and entrepreneurs. The latter are re-inventing themselves and taking their business successfully abroad. One […]
Read story

By Arthur Blok - 1 week ago
Decades of governmental ignorance and mismanagement led to polluted forests and beaches in Lebanon, a country known for its natural wealth and beauty. For some, this is no longer acceptable. Local environmental initiatives like SWIM Lebanon have to deal with a non-functioning government. This rapidly growing environmental movement now pointed its arrows at the Palm […]
Read story