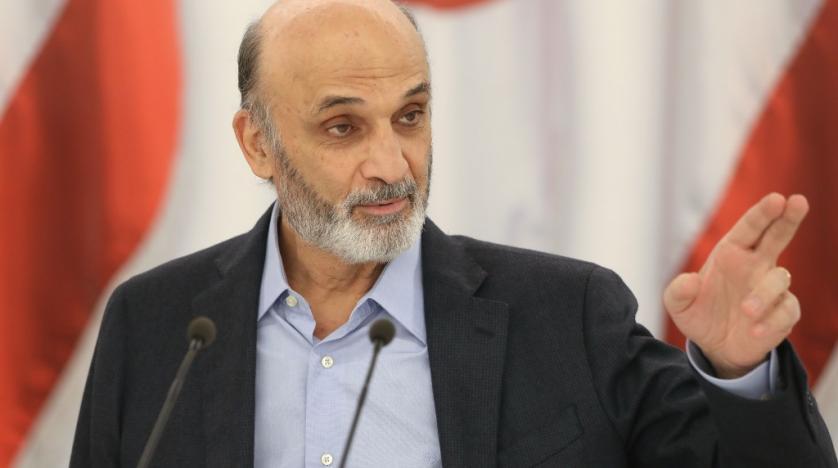 Lebanese Forces leader Samir Geagea on Thursday disputed Hizbullah chief Sayyed Hassan Nasrallah’s announcement that “no camp has the parliamentary majority,” noting that the LF and the so-called change forces are a majority seeing that they agree on “sovereignty” and on opposing corruption and Hizbullah’s arms.

“The elections results were resounding and Hizbullah and the Free Patriotic Movement lost the majority,” Geagea said at a press conference that followed a meeting for the LF’s Strong Republic bloc.

“The Movement of lies, distortion and deception makes you delve into details to clarify the identity of the biggest bloc in parliament, and if I were in the position of (FPM chief Jebran) Bassil, I would have chosen a place in the 17th floor below ground to sit in. How does he have the audacity to claim victory?” Geagea added.

“We are the biggest bloc in parliament and we will shoulder our responsibility accordingly. It turns out that we have to clarify to the people that our bloc is comprised of 19 members, whereas they have an 18-member bloc that includes Mohammed Yahia,” the LF leader said.

He also noted that the votes of the FPM’s allies contributed to the win of Salim Aoun in Zahle, Charbel Maroun in West Bekaa/Rashaya, Samer al-Toum in Baalbek-Hermel and Edgard Trabulsi in Beirut’s second district.

“Any serious candidate must pledge to accurately implement parliament’s bylaws, endorse electronic voting, not to close parliament under any circumstances, and to fully return the strategic decision to the government, that’s why we won’t vote for Berri,” Geagea added.

Asked about the possibility of joining a national unity government, Geagea described such governments as “national soup governments.”

As for the deputy speaker post, Geagea stressed that the LF’s elected MP Ghassan Hasbani “enjoys all the characteristics that entitle him to be deputy speaker,” adding that the LF is “open to negotiations” but “will never bargain over its political project.”