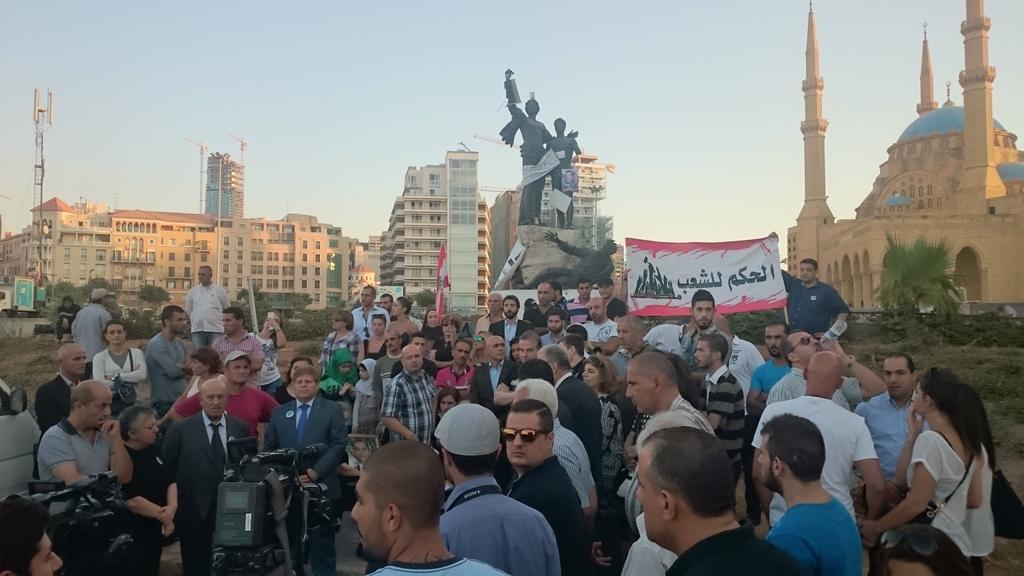 The Gathering for Sovereignty, which is a Lebanese opposition movement seeking to “liberate Lebanon from Hezbollah’s arms and hegemony,” has called on the Lebanese to join what it called “globalized Arabism,” in the wake of the Jeddah summit between U.S. President Joe Biden and Saudi Arabia’s leadership.

“The Gathering for Sovereignty laments the absence of the Lebanese state and political forces and parties from the Arab workshop of development and modernization,” it said in a statement.

“The Gathering, which understands that the Iranian occupation and its tools are in the position of hostility towards this course, is surprised by the deafening silence of the sovereign and pro-change political parties and forces, and by the absence of activities and stances that stress the need to join the vision of turning the Middle East into a new Europe, as declared by Prince Mohammed bin Salman,” the Gathering added.

The Gathering also thanked Saudi King Salman bin Abdul Aziz and Crown Prince Mohammed bin Salman for “their keenness on the presence of the Lebanese cause in every regional and international meeting, despite the attempts of the Iranian occupation to eliminate it through usurping the political decision of the Lebanese state.”

Pleading to U.S. president Biden, the Gathering said that any new nuclear agreement with Iran should involve “the disarmament of the Iranian proxies in the region, especially Hezbollah in Lebanon, through the U.N. Security Council, especially that the joint (U.S.-Saudi) statement has clearly mentioned the implementation of the Taif Accord and the U.N. Security Council resolutions.”

Separately, the Gathering said “Saudi Arabia’s regaining of its sovereignty over the Tiran and Sanafir islands is the valid example for liberating the Shebaa Farms from Israeli occupation.”

“The withdrawal of U.N. forces from the two islands that Israel occupied from the Egyptian army did not take place through the battles and wars of the Iranian proxies, but rather through an Arab Egyptian-Saudi agreement, under which Egypt recognized KSA’s ownership of the two islands before the relevant international authorities were informed of that, which led to excluding them from the Camp David agreements and returning them to Saudi sovereignty,” the Gathering explained.

By The Levant - 29 mins ago
By Courtney Doggart and Phesheya Nxumalo With the apathetic passing last month of a constitutional referendum solidifying President Kais Saied’s unchecked powers, Tunisia has confirmed its ignominious status as the biggest disappointment of the Arab Spring, having gone from a democratic success story to dictatorship in just over a decade.  As analysts and commentators lament the loss of Tunisia’s […]
Read story