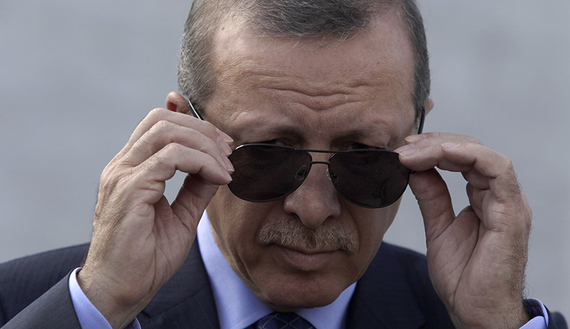 Turkish Cypriots have proposed to the internationally recognized Greek Cypriot government that they cooperate in the search for gas off the divided island, Turkey said on Saturday, after an escalation of tension in the eastern Mediterranean.

Turkey and the Cyprus government have overlapping claims in the waters off Cyprus, linked to the 45-year-old split of the island and Ankara’s rejection of agreements Cyprus has reached with other Mediterranean states on maritime economic zones.

Turkey told energy firms last year not to carry out exploration work with the Greek Cypriot government and has sent two ships of its own to drill off the island, leading Cyprus to issue arrest warrants and the European Union to warn it could curb contacts and funding for Ankara.

The proposal, presented through the United Nations, was aimed at creating a cooperation mechanism between Turkish and Greek Cypriots, describing them as co-owners of hydrocarbon resources to which they had equal rights.

“As such, the proposal envisages cooperation including revenue sharing and enables (the) two sides to benefit from hydrocarbon resources simultaneously,” the ministry said.

If adopted, the proposal would “initiate a new period of cooperation between the two parties,” it added.

Cyprus was divided in 1974 after a Turkish invasion triggered by a brief, Greek-inspired coup. Several peacemaking efforts have failed and the discovery of offshore resources in the eastern Mediterranean has complicated the negotiations.

Turkey, which has no diplomatic relations with Cyprus, is the only country which recognizes the breakaway state in the north of the island. Cyprus says Turkey’s drilling operations are contrary to international law and that decisions on hydrocarbons are its sovereign right.

The Turkish statement said Ankara was resolved to protect the “equal rights of the Turkish Cypriots” over maritime gas resources, as well as Turkey’s own “continental shelf rights in the eastern Mediterranean”.

A Turkish drilling ship, the Fatih, started operations off the western coast of Cyprus in May and a second ship anchored off northeast Cyprus last week in preparation to start work.

In response, EU diplomats last week prepared to curb contacts and funding for Ankara in a display of solidarity with EU member state Cyprus, in whose exclusive economic zone they said the Turkish ships were interfering.

A draft decision discussed by the diplomats said that in light of Turkey’s “continued and new illegal drilling activities” the bloc should reduce funding linked to Ankara’s long-stalled talks for accession to the union.

It also called for suspension of the EU’s “high level dialogues” with Turkey.

Last year, Brussels took away 175 million euros ($197.21 million) in protest at what it regarded as deteriorating human rights in Turkey. The EU has said Ankara under President Tayyip Erdogan is moving further away from the bloc.

However, an EU diplomat involved in the talks said sanctions against Ankara were likely to be limited because the union still needs Turkish cooperation on matters including security and migration.