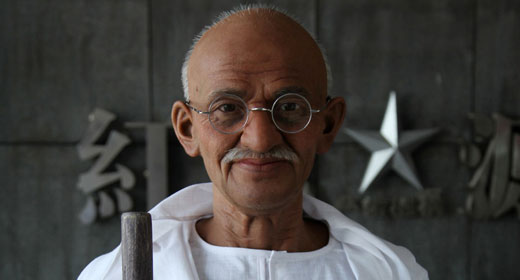 India Social and Cultural Centre (ISC) in Abu Dhabi installed a statue of Mahatma Gandhi, India’s Father of the Nation, on its premises on Thursday evening.

The Indian Ambassador to the UAE, Navdeep Singh Suri, unveiled the statue in the presence of a large number of community members.

The 0.9-metre tall statue weighing 60 kilograms was created by Chithran Kunhimangalam from Payyanur Kerala, the place  renowned for its role in the India’s independence movement.

The Ambassador congratulated the ISC for this initiative. He said: “I hope that the presence of Gandhi’s statue will nurture respect and commitment to his values and also inculcate them in the younger generation.”

He honoured the sculptor and VTV Damodaran, a social worker who took the initiative to create the sculpture in India and bring it to the UAE.

On January 30, India remembered Mahatma Gandhi as it observed the 70th death anniversary of the Father of Nation, who was shot dead 69 years ago in 1948.