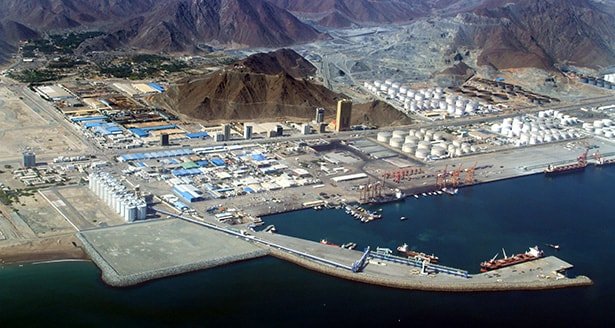 Already well-established as one of the world’s top centres for oil bunkering, the Port of Fujairah and the adjacent Fujairah Oil Industry Zone, FOIZ, continue to attract further business and investment, recent announcements show.

Last month, Fujairah-based Brooge Petroleum and Gas Investment Company and Dubai-based Sahara Energy Resources announced plans to build a new 250,000 barrel per day refinery to produce bunker fuel. The refinery will be one of the first of its kind in the Middle East and North Africa to comply with new rules of the International Maritime Organisation, being introduced in 2020 on capping the percentage of sulphur in fuel at 0.5 per cent.

Eighteen oil companies are already established in the Zone, with a total storage capacity of around 10 million cubic metres.

Fujairah is also now emerging as a centre of increasing importance for international oil trading, with the announcement earlier this month that the Aramco Trading Company, a subsidiary of Saudi Aramco, has just inaugurated its second overseas office in the Zone. The first was opened in Singapore.

According to a Saudi Aramco statement, the new office is part of a global push by Aramco Trading Co. into new markets to secure buyers for refined products as well as crude. It expects to see its oil trading volume rise to 6 million barrels per day by next year, which would propel the Dhahran-based company into the top tier of global fuel-trading companies. The company is already trading gasoline and fuel oil in Fujairah.

“We have been in Fujairah for a number of years and as our trading business expands globally – between Singapore, Saudi Arabia, London, Houston – we trade across different time zones, and Fujairah as the centre of our blending operations, we thought it is important to be here, physically doing trading as a business in Fujairah. We are very happy with the relationships here, be it with our clients, our suppliers and the government – they have been very open and have welcomed us to be here for many years,” according to Abdulaziz M. Al-Judaimi, Chairman of Aramco Trading, and Head of Downstream, Saudi Aramco.

“Aramco Trading has experienced significant growth in recent years. We started in 2012 with 600,000 to 700,000 b/d and now we’re operating at more than 4 million b/d – and as the downstream business grows to the level that we want to reach 8-10 million b/d – Aramco Trading will grow together with that business. At Fujairah, we have a growing business that started with 100,000 b/d and now we have 350,000 b/d between gasoline and fuel oil. So, for this reason, Fujairah would be the optimum location that is close to our assets close to the free zone,” added Ibrahim Al-Buainain, President & CEO, Aramco Trading Co.