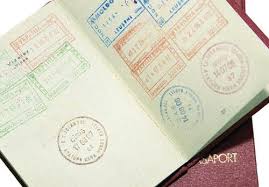 A new policy promising free limited visas to transit passengers could potentially allow visitors to stay in the UAE for nearly a week, and it’s not just good for the tourism sector but for the local economy as a whole.
The UAE cabinet approved last week a decision to exempt transit flyers from all entry fees for the first two days. The visa, which can be obtained at express counters across UAE airports, can be extended for up to four days for a minimal fee of Dh50.

According to travel specialists interviewed by Gulf News, the announcement has stirred up a lot of interest from customers, citing that they have been swamped with queries since the visa policy was first unveiled.
“We’ve been getting calls from Indians, Filipinos and South Africans since it was announced that the transit visa will apply to all nationalities and it can be extended,” said Stino Kuriakose, manager of New Horizons Travel and Tours.

Airports across the UAE attract millions of passengers every year and a huge chunk of that are transit.  In 2017, it was estimated that about seven in ten international flyers arriving in Dubai, Abu Dhabi and other airports in the country were just passing through.

As per the current policy, the UAE allows transit passengers from different countries to step outside the airport and discover the city for a few hours.  However, only those with a confirmed onward journey or ticket and hotel reservations are eligible for a short-term transit visa.

“This new directive will bring in a lot more transit passengers wanting to experience a short stay here in the UAE,” Premjit Bangara, general manager for travel at Sharaf Travel Services, told Gulf News.
“As per official statistics, around 70 per cent of passengers transit through UAE airports in 2017 en route to their destinations and this decision would attract a significant percentage of them to experience a city break in the UAE,” he added.
“Travellers who have onward connections can now stay in the UAE and enjoy a range of attractions that the various emirates have to offer. In fact, this will give a boost to Dubai and Abu Dhabi and the other emirates which are promoting its attractions aggressively in the world market.”
Bangara noted that by allowing transit passengers ease of access into the UAE, tourism spending and footfall numbers at various tourist attractions, as well as parks, hotels and resorts, will definitely rise.
“Many new attractions are opening up in the UAE and these measures will boost tourism inflows and also result in incremental sales in the hotel and retail sectors. Theme parks and other tourist attractions like desert safari’s would also benefit from these transit passengers wanting to take a small break in the UAE,” he pointed out.
According to the latest data from the Department of Tourism and Commerce Marketing (Dubai Tourism) Dubai alone saw a total of 15.79 million visitors in 2017, up by 6.2 per cent over a year earlier. The majority of the tourists were from India, United Kingdom and Saudi Arabia.

“There is a huge amount of Indian passengers transiting airports in the UAE en-route to destinations in the Middle East, Europe and the Americas who would choose to use this facility as it is gratis and would enable them to break journey and savour the sights and sounds in the UAE,” said Bangara.
However, there are concerns that the new policy could be abused, such that some transit visitors could be tempted to overstay in the UAE.
“Since the transit visa will be free, a lot of people will definitely come to the UAE. The problem is that many of them might entertain the idea of staying illegally here for longer periods,” Kuriakose told Gulf News.
What we know so far

Here is what we know so far about what the UAE government has decided to implement:
1. Flyers passing through UAE with onward journeys can get a transit visa valid for 48 hours or two days, free of charge.
2. The transit visa can be extended up to 96 hours (four days), but a fee of Dh50 will be charged.
3. Transit visas can be obtained upon arrival.
4. Express counters at the passport-control hall across UAE airports including Dubai and Abu Dhabi, will be on hand to issue the visa.
5. Current transit visa policy does not allow all transit passengers to stay in the UAE even for a limited period. Indians, for example, can obtain a transit visa if their final destination is the United States, United Kingdom or Europe.