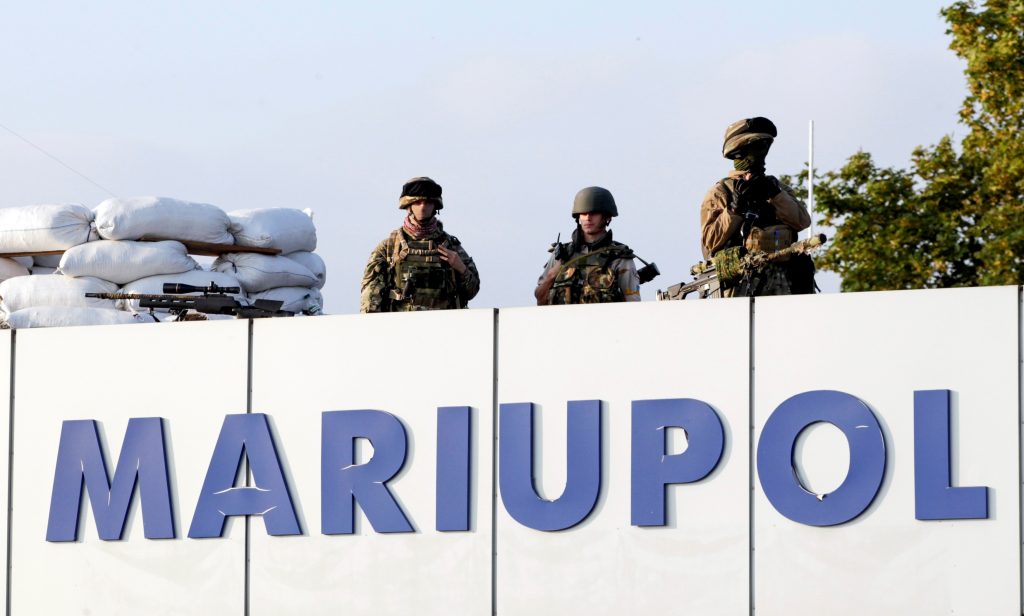 President Emmanuel Macron said Friday France was working with Turkey and Greece on a “humanitarian operation” to evacuate people from the devastated Ukrainian city of Mariupol under attack by Russian forces.

“We are going to work with Turkey and Greece to launch a humanitarian operation to evacuate all those who wish to leave Mariupol,” Macron said after an EU summit in Brussels.

“I will have a new discussion with (Russian) President Vladimir Putin within the next 48 to 72 hours to work out the details and secure the modalities,” he said.

The French leader said he hoped to “be able to involve the maximum number of stakeholders in this operation.”

He said that he wanted to be “in a position” to conduct the evacuation “in the next few days.”

Macron said that French officials had spoken Friday to the mayor of Mariupol and that the 150,000 remaining residents were left trapped in “dramatic conditions.”

Authorities in the city have put the death toll in the city at over 2,000, and said Friday that a single strike last week on a theater where civilians were sheltering was feared to have killed 300 people.

Russia has made the port city a major focus of its brutal onslaught on Ukraine as it tries to link up the annexed Crimea peninsula with Moscow-controlled areas in the east.

The Kremlin’s devastating attack on Mariupol has drawn parallels with the bombardments by Russian forces that flattened Chechen capital Grozny and Syria’s Aleppo.

By The Levant - 4 hours ago
Protesters have stormed Libya's parliament in the eastern city of Tobruk and set parts of it ablaze, venting their anger at deteriorating living conditions and months of political deadlock. Black smoke billowed as men burned tyres and torched cars after one protester had smashed through the compound's gate with a bulldozer and others attacked the […]
Read story

By The Levant - 5 hours ago
Israel has said it will conduct forensic tests on the bullet that killed the Palestinian-American journalist Shireen Abu Aqleh, a day after Palestinian officials handed over the evidence to a US security coordinator for examination on what they said was the condition that Israel would not be involved. The testing will be carried out by […]
Read story

By The Levant - 11 hours ago
Iran is working towards a political solution to keep Turkey from invading northern Syria, Foreign Minister Hossein Amirabdollahian said on Saturday during a visit to Damascus. "We announced our readiness to offer a political solution and our readiness to help in this regard," he told a news conference with his Syrian counterpart. "We will expend […]
Read story