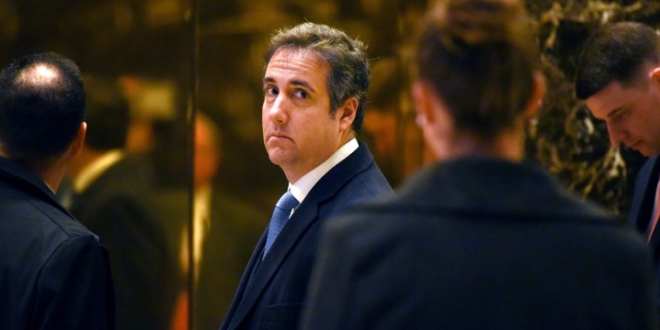 Michael Cohen, President Donald Trump’s longtime confidant and former personal attorney, is likely to cooperate with federal investigators, as his lawyers are expected to leave the case, sources said.

To date, Cohen has been represented by Stephen Ryan and Todd Harrison of the Washington and New York firm, McDermott, Will & Emery LLP, but a source representing this matter has disclosed to ABC News that they are not expected to represent him going forward. Ryan declined to comment.

A source familiar with the matter tells ABC News that among the reasons for Cohen’s change in counsel is a fee dispute.

No replacement counsel has been identified as of this time.

Cohen, who has been under criminal investigation for months, which is separate from the special counsel case, has been rushing to meet U.S. District Court for the Southern District of New York Judge Kimba Wood’s Friday deadline to complete a privilege review of over 3.7 million documents seized in the April 9 raids of Cohen’s New York properties and law office.

Representatives from the Southern District of New York declined to comment.

Cohen, who is under federal investigation now with no legal representation, is likely to cooperate with federal prosecutors in Manhattan, sources said. This development, which is believed to be imminent, will likely hit the White House, family members, staffers and counsels hard.

Two sources who are familiar with a warrant in the case told ABC News in April that federal agents were hunting for records tied to Cohen’s personal business dealings and secret deals with Trump’s alleged mistresses, media organizations and the 2016 presidential campaign.

Cohen’s attorney at the time of the raids released a terse statement shortly after the April raids arguing that the seized documents included “the unnecessary seizure of protected attorney-client communications between a lawyer and his clients.”

“These government tactics are also wrong because Mr. Cohen has cooperated completely with all government entities,” Stephen Ryan said.

Two days after the raids, Cohen told ABC News: “I just want my stuff back.”

President Trump also lashed out in a tweet, writing, “Attorney-client privilege is dead!”

He told reporters at the White House that the move against his longtime personal attorney, which he likened to a break-in, was a “disgraceful situation.”

“It’s an attack on our country in a true sense. It’s an attack on all we stand for,” the president said during a meeting with senior military leadership at the White House. “That is really now on a whole new level of unfairness.”

Cohen then went to federal court in Manhattan arguing that his attorneys should be given a first look at the materials seized in the raids for items potentially covered by attorney-client privilege before federal prosecutors could examine the haul.

Trump and the Trump Organization intervened in the case and were also granted access to review the materials for potentially privileged items.

Jones reported last week that of the first 300,000 items reviewed, she had determined that just 162 of them were covered by attorney-client privilege. She rejected three items that Cohen, Trump or the Trump organization had designated as privileged.

Judge Wood has given Cohen’s attorneys until Friday to complete the review of the remaining documents. Any remaining items to be reviewed would be turned over to a team of federal prosecutors unconnected to the case to complete the examination of the documents.