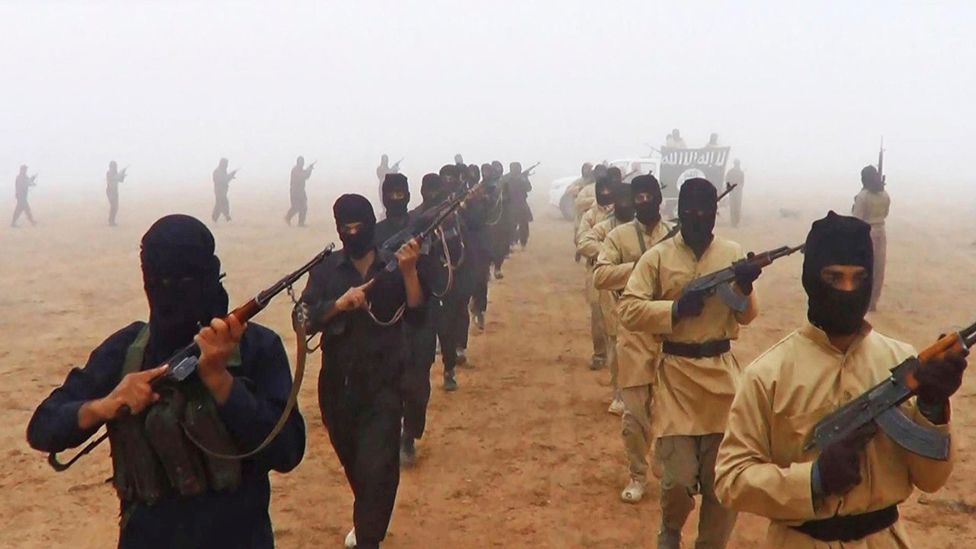 By David Ignatius for Stars and Stripes — U.S. special operations forces working with a widening array of partners are slowly tightening their squeeze on Islamic State group fighters in eastern Syria — moving toward an eventual assault on the jihadis’ self-declared capital of Raqqa.

The Pentagon’s top priority in the campaign against the Islamic State remains disrupting external operations against potential targets in the U.S. or elsewhere. Sources say that over the past 18 months, U.S. drone strikes and other direct actions have killed close to 100 Islamic State militants who had made contact with volunteers abroad to plan attacks in the U.S. or other Western countries.

To gain better intelligence, the U.S. is seeking to capture Islamic State leaders. An operation last month, reported March 1 by The New York Times, seized an operative who was traveling in northern Iraq. This captive is said to have had information about the Islamic State’s use of chemical weapons, including a mustard gas attack on Kurdish forces in Iraq last August. The captive is being interrogated by the U.S. military but is expected to be transferred soon to Iraqi Kurdish custody.

A similar raid by Delta Force commandos last May seized Umm Sayyaf, the wife of the director of the Islamic State’s energy activities. That assault also harvested laptop computers, cellphones and other intelligence materials. U.S. commanders are planning more such raids in the future, using a 200-person special operations forces team now in Iraq that was authorized last year by the Obama administration.

The campaign in eastern Syria is directed by about 50 U.S. special operations forces now on the ground there, joined by about 20 French and perhaps a dozen British commandos. They’re working with about 40,000 Syrian Kurdish and Arab fighters dubbed the Syrian Democratic Forces; all but about 7,000 are from the Syrian Kurdish militia known as the YPG.

U.S. commanders hope soon to augment the American ground force in Syria to about 300 troops who can train and assist these fighters. With this broader U.S. base of operations inside Syria, it’s hoped that special forces from other countries, such as the United Arab Emirates, could play a role there.

The squeeze on Raqqa tightened last month with the capture of the town of Al-Shaddadi, about 50 miles east, by a force of about 6,000, including about 2,500 Arabs. The Islamic State countered by attacking Tal Abyad, along the Turkish border. Overall, the recent battles have killed between 75 and 100 fighters backed by the U.S. and wounded 250 to 300.

The next stage in the assault may come to the west of Raqqa. Syrian fighters backed by Turkish commandos appear poised to move south from Jarabulus, where the Euphrates River crosses from Turkey into Syria, toward the area around Manbij. Other U.S.-backed forces hold the Tishrin Dam, about 55 miles northwest of Raqqa. The Turkish-led campaign could finally close the gap in its border, through which the Islamic State has maintained its supply lines.

A limited southern push toward Raqqa was begun recently by a small unit of Jordanian and British special forces that captured a former regime outpost in southeastern Syria, close to the Iraqi and Jordanian borders.

The methodical campaign in eastern Syria contrasts with the messy battlefield to the west, where Syrian regime troops backed by Russia confront rebels supported by the CIA, Turkey and Saudi Arabia — all facing jihadis from the Islamic State and Jabhat al-Nusra. U.S. officials describe this confusing layering of forces as “marbling,” and it’s the reason the current cease-fire is so fragile.

As the Islamic State spreads to other countries beyond Iraq and Syria, so has the U.S.-led campaign against that group and al-Qaida — but so far only in limited, isolated operations.

In Somalia, for example, U.S. drones last Saturday struck an al-Shabab camp, killing an estimated 167 fighters who were about to graduate from training and begin operations. In Libya, U.S. warplanes last month bombed an Islamic State training camp at Sabratha, 40 miles west of Tripoli, killing about 50 militants, including operatives involved in last year’s terror attacks on a museum and beach resort in Tunisia.

As the U.S.-led coalition steps up its assaults, the jihadis are trying to strike back, with what sources say are active terror plots across Europe.

The Islamic State group is gradually being degraded, as President Barack Obama pledged. But it still holds large swaths of Syria, Iraq and now Libya — and it maintains a global terror network and a demonstrated willingness to use chemical weapons.

A big question for the next president will be whether to escalate Obama’s campaign.

Previous Decoding the changing nature of ISIS’s insurgency
Next Will Turkey and Saudi Arabia Invade Syria?

Pope leaves for Iraq, despite warnings