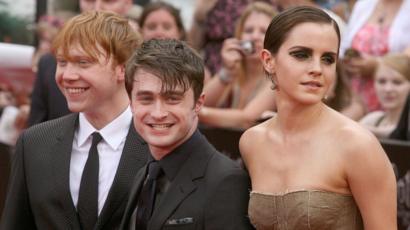 Author JK Rowling, who has come under fire for statements about trans activism that many have called transphobic, promoted an online store that sells items with offensive, anti-trans phrases.

The website, called Wild Womyn Workshop, advertises pins with quotes including the phrases “Transwomen are men,” “Transmen are my sisters,” “Transition = conversion therapy,” “F— your pronouns,” and “Woman is Not a Costume.”

In a tweet on Tuesday, Rowling recommended Wild Womyn Workshop, where she said she bought the t-shirt she was wearing, to her 14.3 million followers. Rowling’s shirt in the photo reads “this witch doesn’t burn.”

Twitter users quickly pointed out the transphobic statements on the website, with some tweets highlighting the store’s items.

The online store is run by Angela C. Wild, a lesbian feminist activist. Wild is also a founding member of the activist group, Get the L Out, which opposes transgenderism.

Get the L Out considers transgender identity to be part of “misogynistic politics and systems that prioritise men’s interests,” the organization’s website says.

Beyond its stance on the role of transgenderism in the LGBTQ community, the UK-based organization also spreads misinformation related to gender and sexuality. “The LGBT community is coercing lesbians to accept penises as female organs,” the website says.

Experts in sexuality and gender have repeatedly asserted that sexual orientation and gender identity are separate, and that the notion that all humans fit neatly into one of two genders is flawed.

While Rowling didn’t express support for Get the L Out, the organization’s messaging is clear throughout Wild Womyn Workshop’s online store offerings, including a mug that says “notorious transphobe.”

In an email, Wild told Insider that Get the L Out is not affiliated with her online store.

Rowling, the globally revered “Harry Potter” author, recently published a novel about a man who dresses up in women’s clothing to attract murder victims. Many have called the book, “Troubled Blood,” anti-trans. Cynthia Nixon told The Independent in an interview that Rowling’s anti-trans rhetoric has been “really painful” for her transgender son to hear.

Rowling has said on several occasions that she opposes transgender activism. In a June 6 Twitter thread, she suggested the unfounded idea that transgender people erase “the lived reality of women globally.”