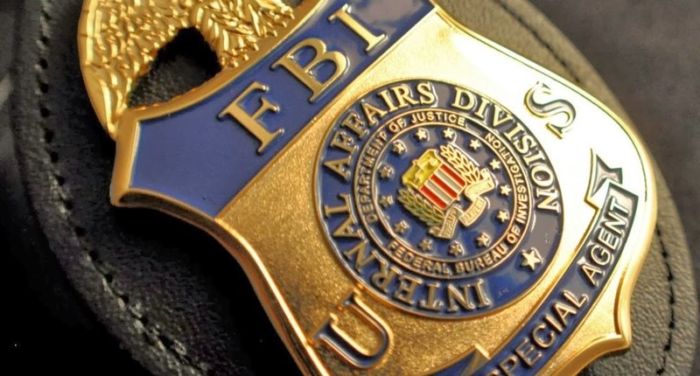 A former FBI lawyer was sentenced to probation on Friday for altering an email the Justice Department relied on in its surveillance of an aide to President Donald Trump during the Russia investigation.

Kevin Clinesmith apologized for doctoring the email about Carter Page’s relationship with the CIA, saying he was “truly ashamed” of an action that he said had “forever changed the course of my life.”

“I pledge to Your Honor that I will never allow myself to show such poor judgment again,” Clinesmith told US District Judge James Boasberg at a sentencing hearing held remotely because of the coronavirus pandemic.

The sentence is likely to disappoint Trump supporters who have long asserted that the Russia probe was a witch hunt riddled with misconduct, particularly as it involved Page and the government’s surveillance of him. The Russia investigation resulted in criminal charges against six Trump associates, but did not find sufficient evidence that Trump campaign associates had illegally coordinated with Russia to influence the outcome of the 2016 presidential election.

Prosecutors had sought a prison sentence of several months, but the judge said he did not think such a punishment was necessary in part because of Clinesmith’s evident remorse and because of the way he had already been “threatened, vilified and abused on a nationwide scale.”

“This conduct is the only stain on the defendant’s character that I’ve been able to discern,” Boasberg said in imposing a year of probation.

Though Trump has long railed against the FBI investigation into ties between his 2016 campaign and Russia, and suggested that the officials involved in it had broken the law and deserved prison, Clinesmith is so far the only current or former one to have been charged with any wrongdoing.

The surveillance application process Clinesmith was part of was nonetheless tainted by major problems, with a Justice Department inspector general report identifying dozens of errors and omissions in the four warrant applications filed with the Foreign Intelligence Surveillance Court. Even so, that aspect of the Russia investigation was a small piece of the much broader probe.

The charge against Clinesmith was brought by John Durham, the US attorney for Connecticut, who was directed in 2019 by then-Attorney General William Barr to investigate actions during the Russia probe by US law enforcement and intelligence agencies. Barr last October named Durham a special counsel as a way to ensure the continuity of his investigation during the Biden administration. The current status of Durham’s work was not clear, though Barr has said that the focus of the inquiry is now centered on the FBI and not the CIA.

Clinesmith pleaded guilty in September to altering a 2017 email that he had received from the CIA to say that Page was “not a source” for the agency even though the original email indicated that he had been. As a result, when the Justice Department applied to the secretive surveillance court for the fourth and final warrant to eavesdrop on Page’s communications on suspicion that he was an agent of Russia, it did not reveal that Page had had an existing relationship with the CIA.

Page had been approved several years earlier as an “operational contact” for the CIA, a term for people who provide information to the agency that they gather but are not tasked with carrying out contacts.

The information about Page’s relationship would have been important to disclose to the court to the extent it could have provided a legitimate and not nefarious explanation for any contact Page had had with Russian intelligence officers.

In altering the email to say that Page was not a source, Clinesmith “completely changed the meaning of the document,” prosecutor Anthony Scarpelli said Friday.

“The act of altering the email to change its meaning may seem simple and a momentary lapse of judgment on the part of the defendant,” Scarpelli said. “But the resulting harm is immeasurable.”

As a result of the significant problems in the application process, the FBI and Justice Department announced dozens of corrective actions designed to improve the accuracy of requests for warrants it submits during espionage and terrorism applications.

Page himself spoke at the sentencing hearing, saying he had been harassed, threatened and had lost friends as a result of the publicity surrounding the surveillance. He said that though his own life had been “severely impacted,” he did not wish to see Clinesmith or his family suffer in the future.

Clinesmith and his lawyer, Justin Shur, have maintained that he did not know that he was altering the email in a way that made it false and had honestly believed from the information that he had received that Page was not a direct source for the CIA but rather a sub-source. Prosecutors contend that explanation made no sense and, in any event, was not a justification for altering the email.

Boasberg, who is also the presiding judge of the surveillance court, said that while candor with the court was essential, he did not believe that Clinesmith altered the email for his own personal benefit.

He also said the mistakes in the warrant applications were so numerous that it was possible the fourth one Clinesmith was involved in would have been approved even if the information presented to the court had been complete and Page’s relationship with the CIA properly disclosed.