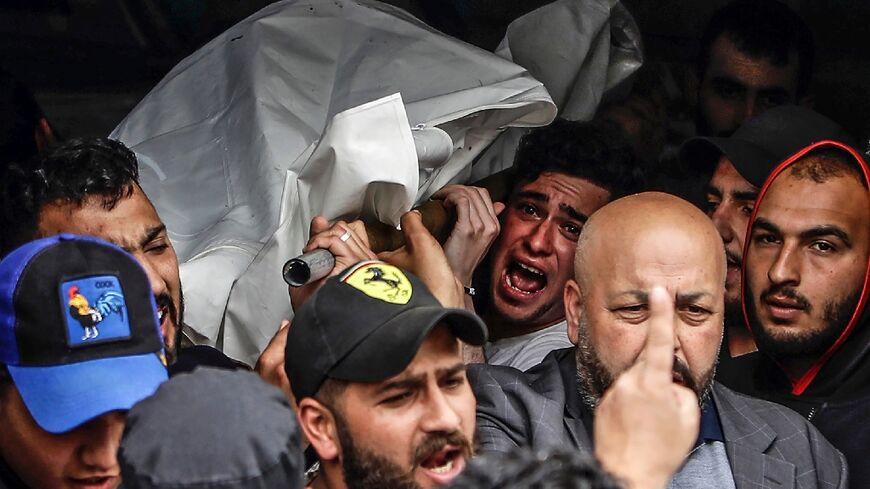 The families of the capsized boat victims rallied Wednesday at Tripoli's port, where at least seven people tragically died in an overloaded people-smuggling boat, just three weeks before May 15 parliamentary elections.

The accident ignited widespread public anger, as rescue teams are still searching for dozens of survivors still missing at sea. A man had appeared overnight in a video urging a group of people, including relatives of victims, to stage protests at key sites in the city, one of the most affected by the severe economic crisis.

He vowed there would be no parliamentary elections in Tripoli unless the bodies of all victims are retrieved from sea. Earlier this morning, protesters blocked the Palma highway in Tripoli to press authorities to retrieve the bodies of their loved ones. 48 people had been rescued and seven had died, including a little girl.

The United Nations refugee agency UNHCR said the boat was carrying at least 84 people when it capsized about three nautical miles (3.5 miles, 5.5 kilometers) off the coast -- which would leave some 30 people still unaccounted for.

A survivor accused Army chief Joseph Aoun of lying, as he protested Wednesday.

The boat survivors had claimed the navy had deliberately rammed the vessel while trying to force it back to shore, while officials blamed reckless smugglers for overloading the boat and eschewing safety precautions.

Tripoli residents have been protesting since Saturday, blaming political leaders for Lebanon's woes, for plunging millions into poverty and driving them to attempt the perilous crossing. They removed election posters from the walls of Tripoli and blocked roads.

Tripoli, a city ravaged by unemployment is also home to some of Lebanon's wealthiest politicians. After the boat tragedy, a picture of Prime Minister Najib Miqati's 100-million-dollar yacht with a cardboard banner that read "the people of Tripoli are being assassinated by this yacht's owner" had been circulating on social media.