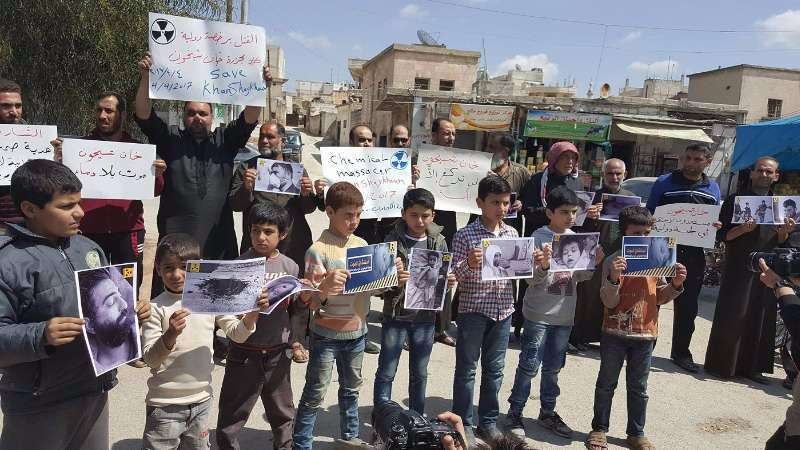 A network of more than two dozen conspiracy theorists, frequently backed by a coordinated Russian campaign, sent thousands of disinformation tweets to distort the reality of the Syrian conflict and deter intervention by the international community, new analysis reveals.

Data gathered by the Institute for Strategic Dialogue (ISD) identified a network of social media accounts, individuals, outlets and organisations who disseminated disinformation about the conflict, with 1.8 million people following their every word. The three principal false narratives promoted by the network of conspiracy theorists involved misrepresenting the White Helmets, the volunteer organisation working to evacuate people in Syria. They also focused on the denial or distortion of facts about the Syrian regime’s use of chemical weapons and on attacking the findings of the world’s foremost chemical weapons watchdog.

The White Helmets became a target of Russian ire after documenting incidents such as the chemical attack on Khan Sheikhoun in 2017, which killed 92 people, a third of them children. A UN unit later concluded there were “reasonable grounds to believe that Syrian forces dropped a bomb dispersing sarin” on the town in Idlib province.

The new analysis, contained in a report by The Syria Campaign, also found that official Russian government accounts played a key role in creating and spreading false content, with the Russian embassy to the UK and Syria playing a prominent role..

Among those named in the report as an influential spreader of disinformation are Vanessa Beeley, a self-described independent journalist whose conspiracy theories have been cited as evidence by Russia at the UN security council.

In September 2015 Beeley accused White Helmets of being in league with al-Qaida and other terrorist organisations, claiming that the footage they gather as they rescue civilians from bombed-out buildings is staged.

Farouq Habib, White Helmets deputy manager, said: “At first we really thought this could just be someone who didn’t have enough correct info, and we should contact her to explain.

But then with some research, we realised it’s deliberate and systematic.”

Others include Canadian independent journalist Eva Bartlett who appeared on a Syrian government panel at the UN, alleging that the White Helmets stage rescues. One version of the talk has been viewed 4.5m times on Facebook.

White Helmets volunteers are the most frequently attacked targets with more than 21,000 tweets designed to discredit the group or encourage attacks against their first responders. Hamid Kutini, a volunteer in north-west Syria said: “The [Syrian] regime and Russia makes our lifesaving work extremely risky through double-tap attacks. When we go to save people from a bombed site, they re-target the same area to kill the first responders.”

So far 296 volunteers have been killed in the line of duty since 2012.

The effect of this barrage of disinformation, according to The Syria Campaign, has been to sow confusion and doubt among government policymakers, helping create anti-asylum policies, normalisation of Syria’s Assad regime and emboldening Russian president Vladimir Putin to replicate the tactics in Ukraine.

“Syria was a testing ground for this type of disinformation activity and the lessons learned from this case can inform action on Ukraine and beyond,” a former official at the US Department of State told researchers.

• The headline of this article was amended on 19 June 2022 to remove a reference to the network being “Russia-backed”. As indicated in the text, the network was “frequently backed by a coordinated Russian campaign”, but not exclusively so.