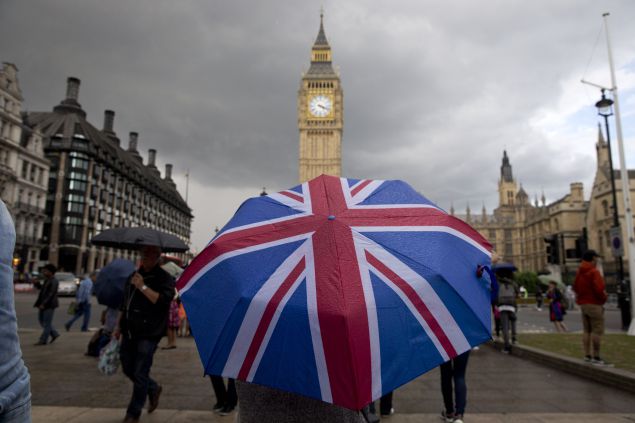 By Dr. Maha Hosain Aziz* — Well, that really was a close one. On June 23, over 51 percent of voting citizens shockingly opted for the U.K. to leave the EU. They effectively voted against the status quo, the “entire political class” and globalization. But what’s next for the country, post-Brexit? Political risk will be significant with bouts of local civil unrest leading to some form of violence in the coming weeks, months and even years.

The economic fallout for the U.K. is already apparent with the pound slumping to a 31-year historic low and everyone from the IMF to George Soros and Paul Krugman predicting an economic slowdown. Politically, it’s obviously a mess—yes, Prime Minister David Cameron and his dangerous political miscalculations are on their way out (as are many others)—but will his successor in three months time actually be able to effectively govern a post-Brexit U.K.? If we look within society, the U.K. will of course experience an identity crisis as it is forced to reimagine its very existence without the EU (and possibly also without Scotland).

This three-tiered crisis means a post-Brexit U.K. is of course unstable today and will continue to be so in the coming months and even years. But let’s get more specific about this instability. Look for more bouts of unrest leading to violence as the legitimacy crisis deepens between government and its conflicted citizenry. Who will be involved in such unrest? Leave supporters and Remain supporters of course. But also others—both with local (e.g., criminals) and global links (e.g., ISIS)—who are simply looking to capitalize on the crisis.

Is there a way to prevent all of this impending unrest, violence and overall chaos in a post-Brexit UK? At the moment, it seems impossible.

First, in the coming weeks, look for Remain supporters to come out on the streets to protest—in fact it has already begun. Rallies were held around London, Glasgow and Edinburghjust one day after the June 23 vote and continuing into the weekend. But over 35,000 Remain supporters will participate in a rally at London’s Trafalgar Square on June 28 and thousands more will follow on July 4. As EU leaders keep demanding for the U.K. to exit immediately, Remain voters will keep protesting the U.K. government for a second referendum.

Second, in the coming months, Leave supporters will also hit the streets. Yes, for now they are celebrating the vote. But let’s not forget that part of the reason they wanted to leave the EU was the expectation of something better. This so-called victory for these “real,” “ordinary” and “decent” people, as UKIP Leader Nigel Farage put it, will likely not improve their material position anytime soon. Look for some of these citizens to also participate in pockets of protests as their expectations remain unmet. And there is of course potential for Leave and Remain supporters to clash in the coming months as their frustration with government and each other grows.

Third, in the coming years, the usual suspects—unemployed youth, criminals, hooligans, racists, or simply anyone with an axe to grind—will try to take advantage of the instability in some way. We’ve already seen a “spate of racist attacks” on Polish immigrants and other xenophobic attacks this past weekend. Look for more tensions to bubble up, especially amid reports that immigrants are being stopped on the street and told by some Leave voters that it’s time they leave the country. And last but not least, look for ISIS to continue its strategy of exploiting the chaos—while the group will publicly keep taking credit for the mess that is Brexit, it will also keep reminding its followers (or potential supporters) to launch attacks in the U.K. (worth noting: post-Brexit, the U.K. risks “losing access” to Europol’s security database that will hinder its ability to tackle such security threats.)

Is there a way to prevent all of this impending unrest, violence and overall chaos in a post-Brexit U.K.? At the moment, it seems impossible, as some EU leaders push, for a quick exit. But the petition on the U.K. government’s website for a second referendum has been signed by almost 4 million citizens in only three days. And Parliament must consider all petitions with over 100,000 signatures for a debate; plus, Government must respond to petitions with over 10,000 signatures. So who knows, something could magically shift. We can even hope that Scotland (as well as Northern Ireland and Wales) will manage to “veto” the Brexit vote—under devolution rules, an EU divorce requires their consent after all. You never know. But either way, someone will be frustrated and some form of violence will ensue in a post-Brexit U.K. in the coming weeks, months and even years.