EXCLUSIVE – Celebrity Juliana Thornhill Speaks to The Levant News of Relations that Keeps You Whole in Today’s Crazy World! 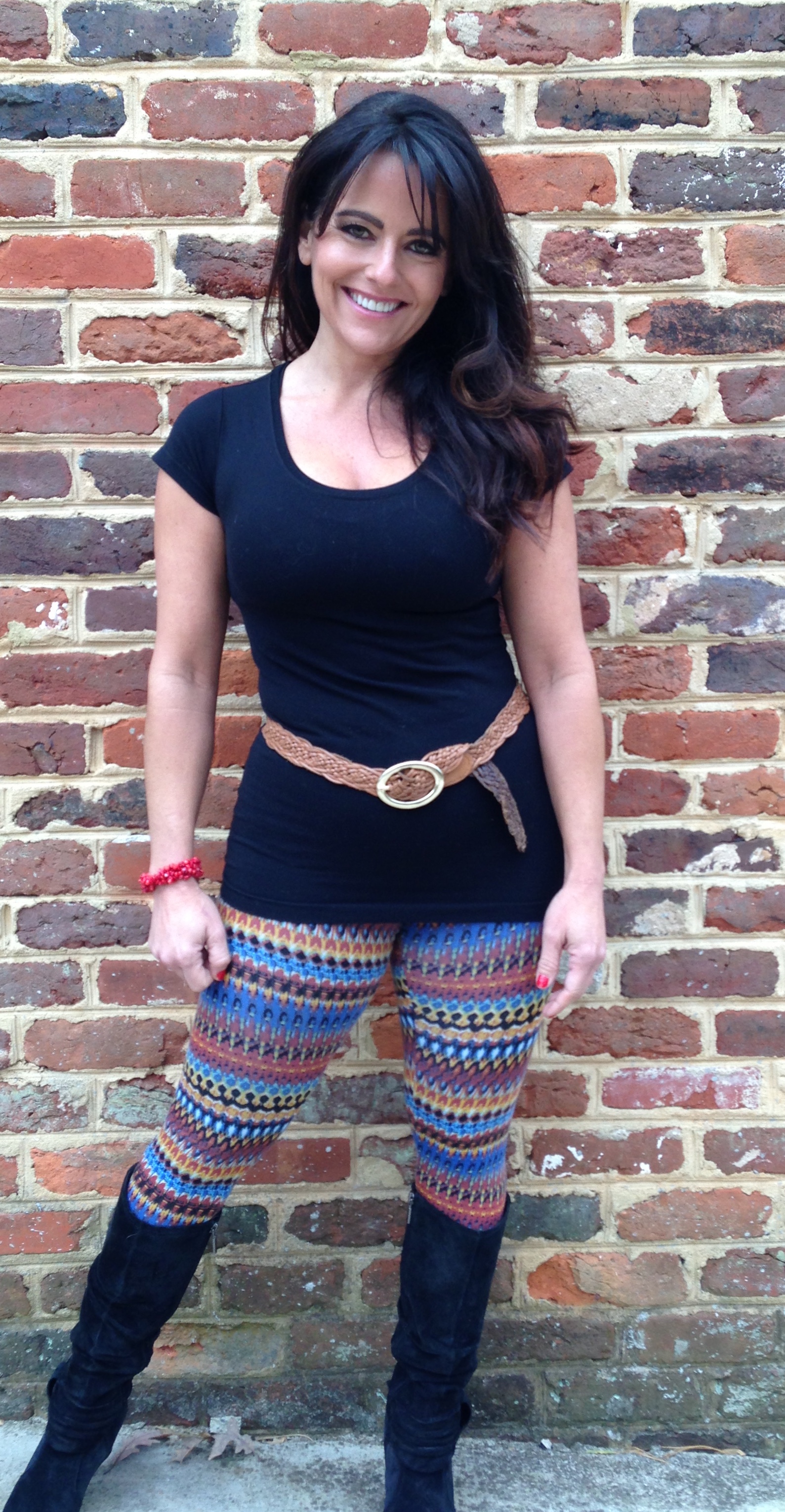 You’re a dedicated wife and mother. How did you meet your husband?

I was working 50+ hours a week as a area Manager for Ann Taylor at the time.

I had no time to go out, so one of my coworker friend insisted I set up a profile.

She came over to my house and literally set me up with a 3month free membership.

I was in it for 2 days before I met my future husband.

Of all the messages I received I only responded to him, because he was the only one who was polite in his first message to me.

As a migrant-naturalised American, have you found it difficult to get ahead in the movie business?

The fact that I have an “exotic” look made it a bit easier, although I’ve been type casted somewhat.

Do you have opinions yourself about DACA? Would you say it helps talented migrants get recognized in the US?

I am certain that among those immigrants there is lots of talent.

Your imdb (internet movie database) page http://www.imdb.com/name/nm7059571/, only lists ‘two’ items for you – Hurt and Spider-Man Lives. Isn’t this inexcusable on their part? Why aren’t you getting more coverage?

Credits on IMDb are about negotiation.

When you are casted, depending on the production and your role, you can choose to receive credit or be financially compensated, and that’s what happened there for me. It was my choice.

Concerning Spider-Man, would you say it’s a sign of the times that the teenage superhero is no longer white, but of mixed minority ancestry? (It’s also noticeable that the bad guy is Australian!)

I think it’s good we are moving in the direction of diversifying that role, it gives many people a new opportunity to truly have a connection to a hero on screen.

Miles Morales is a version of Spider-Man that is a 16 year old kid from Brooklyn who takes on the Spider-Man identity after Peter Parker’s death.

Miles means something profound to a lot of people. He’s only been around for seven years, but it’s the same seven years where comics and other mediums have started really caring about telling stories that reflect the broader population.

I have no comment on the “bad guy ” being Australian. 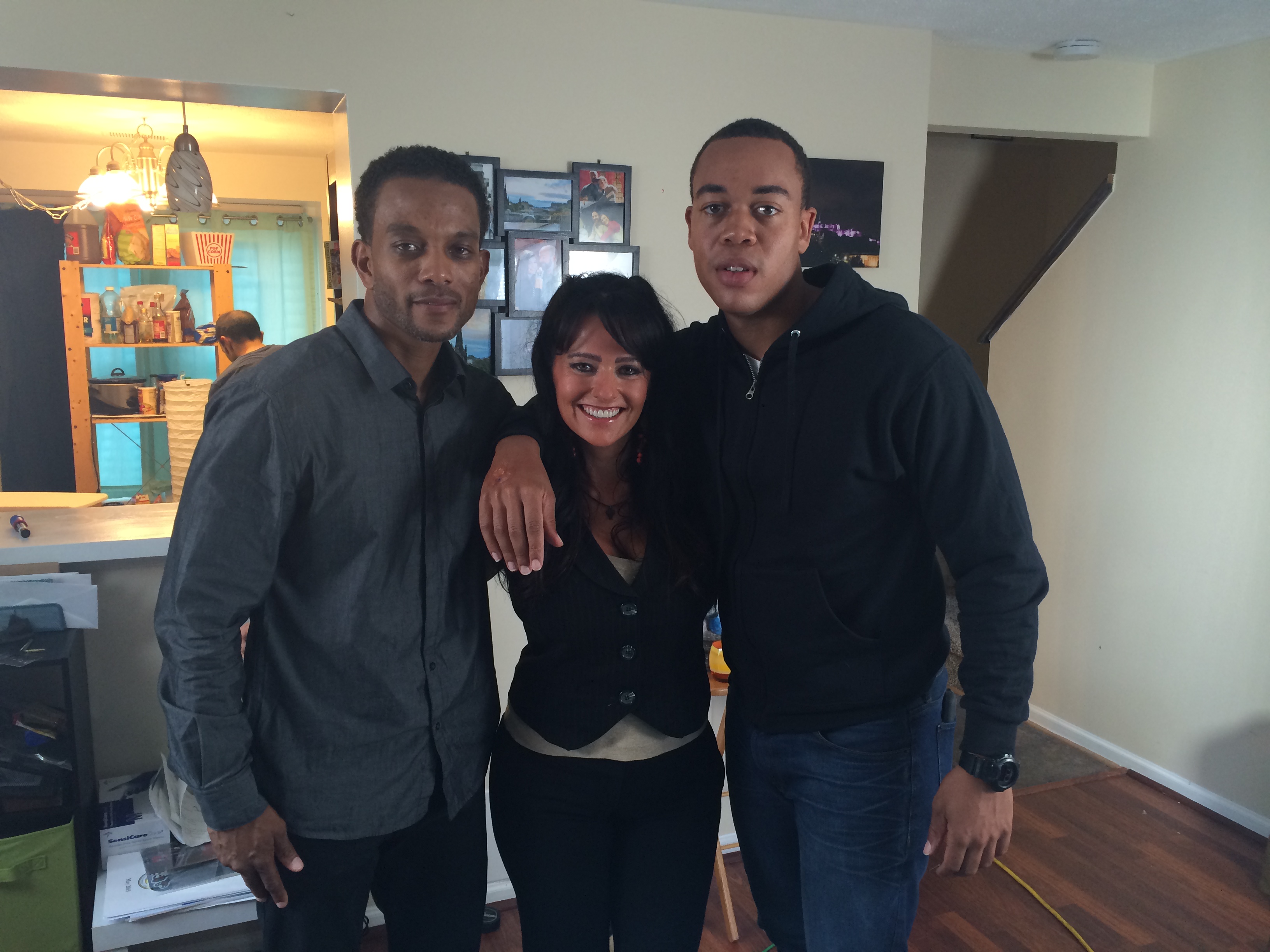 On the topic of your movie, Hurt, which is about school shootings, would you care to comment about the latest such incident: https://the-levant.com/officials-student-killed-confronting-shooter-at-washington-state-high-school/

As the affidavit from the police on the shooter says he came to the school to teach everyone a lesson about what happens when you bully others.

There lies the problem, social media abuse and conflict are a large part of our younger generation’s social media interaction.

Internet bullying is not always tangible, but rather seen by most people as just words when in fact it’s so much more. I feel that our so-called “entitled” freedom on the Internet has not only been abused, but taken for granted. In my opinion, in order to better understand and have a positive impact on the situation to prevent such tragic incidents, we need to understand the cause of this unbridled search for acceptance and attention.

Would you say that social drama can play a positive role in preventing such tragic events? Or is the job of art just to ‘represent’ reality?

Yes, I think that social drama can play a positive role in preventing such incidents.

The entertainment business affects how and what people think, even if they do not intend to. To believe that people are able to disregard everything they perceive in the entertainment media because the scenarios presented aren’t literally “true,” or because they are loosely staged simulations of reality (as in “reality” shows), we would also have to believe that people disregard all messages in advertising, since ads commonly present actors and models in simulated situations. But that’s simply not how the human mind works. In order for an entertainment show or commercial to be effective, the audience must identify in some way with the characters and what they are doing, even if some aspects of the situation are “unrealistic.”

The entertainment business needs to understand the responsibility and impact it has on its viewers.

Which role are you most proud of? Do you have any preferences for roles?

I’m proud of all of them, but

the role of wife and mom is the one I’m most proud of. I have been blessed with a husband who is considerate and views me as a partner and kids who are honest, hardworking and smart.

You play a Muslim in your forthcoming Price of Freedom. Has anyone ever told you that you could pass for an Arab? Well, a Lebanese Arab. And Latin drama is very popular in Lebanon.

Yes, I have been called a “Chameleon,” because of my ability to transform with the roles I play.

Would you say that ‘objective’ portrayals of Arabs and Muslims in American television and cinema can help bridge cultural gaps between East and West?

Words and images try to teach us who we should love, and who we should hate. In that sense objectively portraying Arabs and Muslims would help the perception gap. 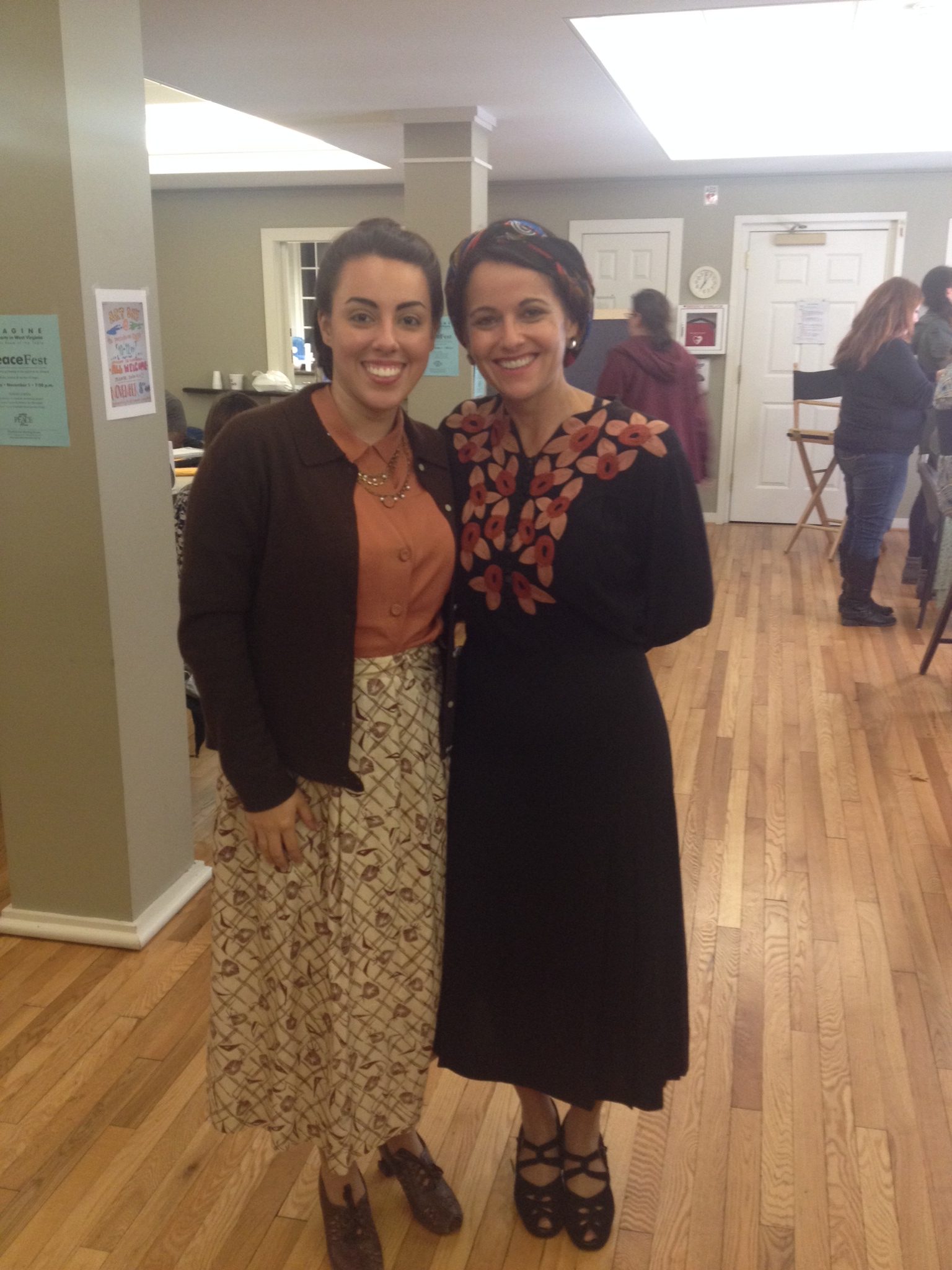 Do you think George and Amal Clooney could help too?

I believe they are already helping.

Amal Clooney is the president of the Clooney Foundation for Justice, which she co-founded with her husband in late 2016 to advance justice in courtrooms, communities, and classrooms around the world.

Amal Clooney partnered with the Aurora Humanitarian Initiative and began the Amal Clooney Scholarship, which was created to send one female student from Lebanon to the United World College Dilijan each year, to enroll in a two-year international baccalaureate program. More celebrities should strive to make an impact like they have.

Finally, any advice on how to make our own newspaper more popular, utilizing the latest in communication technology?

If you cannot hold someone’s attention for a sentence, you have no hope of getting them to read the rest of an article. stark, witty or intriguing ones can draw the reader’s eye to a story, but they must be truthful.

Headline writing has long been considered a skill but, in the digital age, a new word has become synonymous with online journalism – clickbait. 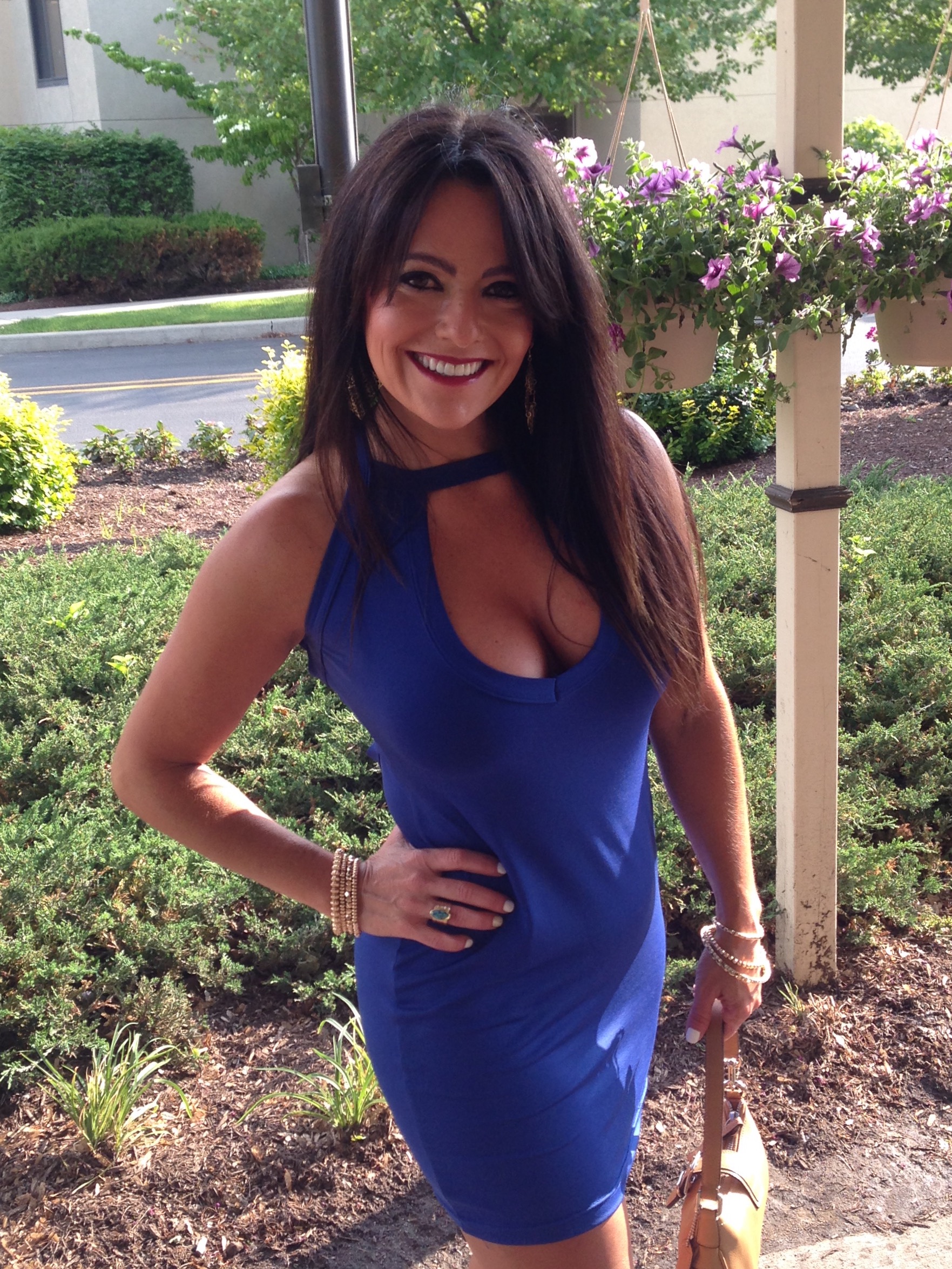 Previous On the 35th Anniversary of Sabra and Shatila: The Forgotten Refugees
Next Syrian regime on the verge of recovering 53,000 square kilometers of national territory