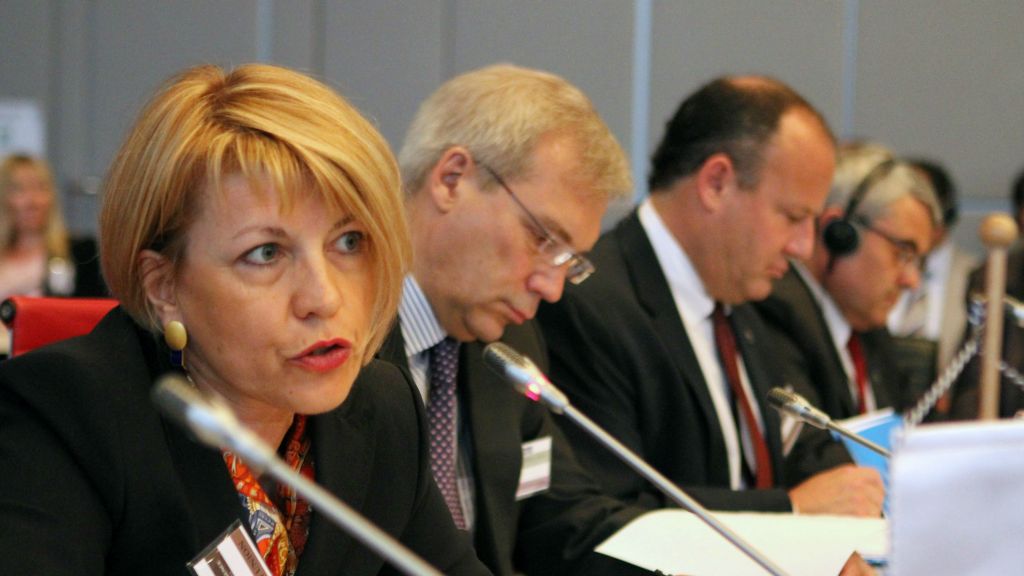 Europe will do everything to preserve Iran nuclear deal - EU diplomat

European countries will do their utmost to preserve a deal limiting Iran’s nuclear programme despite misgivings by U.S. President Donald Trump, a senior European Union diplomat said on Wednesday.

“This is not a bilateral agreement, it’s a multilateral agreement. As Europeans, we will do everything to make sure it stays,” Helga Schmid, secretary general of the EU’s foreign policy service, told an Iranian investment conference in Switzerland’s financial capital.

The deal was brokered in 2015 by the bloc between Iran, the United States, France, Germany, Britain, Russia and China.

Trump is weighing whether the pact serves U.S. security interests as he faces an Oct. 15 deadline for certifying that Iran is complying, a decision that could sink an agreement strongly supported by the other world powers that negotiated it.

Schmid said Europe has concerns about Iran’s role in regional affairs, but that those issues were not part of the nuclear accord known as the Joint Comprehensive Plan of Action.

“I‘m absolutely convinced we will not be in a better place to address any of these issues by ditching the JCPOA,” Schmid said.

“The world does not need a second nuclear proliferation crisis. One is already too many,” she added in an apparent reference to Washington’s standoff with North Korea.

Nicholas Hopton, Britain’s ambassador to Iran, said the U.N. nuclear watchdog’s reports had shown Iran was fully complying with terms of the accord.

“We hope that President Trump will recertify the deal and that the U.S. will continue to play a constructive and important role in the implementation of the JCPOA,” he told the conference.

U.S. Defense Secretary Jim Mattis said on Tuesday the United States should consider staying in the Iran deal unless it were proven that Tehran was not abiding by the agreement or that it was not in the U.S. national interest to do so.

Although Mattis said he supported Trump’s review of the agreement, the defense secretary’s view was far more positive than that of Trump, who has called the deal agreed between Iran and six world powers an “embarrassment.”