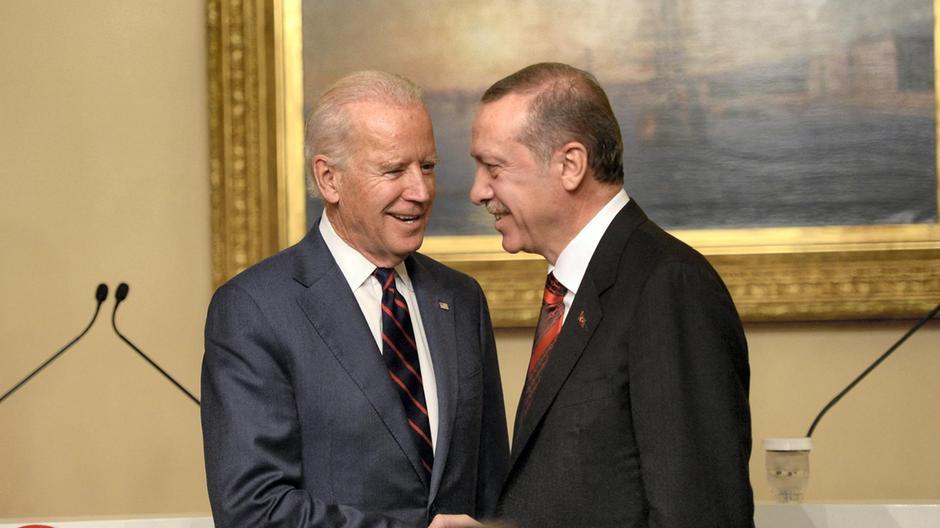 Turkey's position on its acquisition of Russian S-400 missile defence systems is unchanged and the matter is a "done deal", President Tayyip Erdogan was cited as saying on Friday, adding talks with Washington on new F-16 jets and kits were going well.

The United States imposed sanctions on NATO member Turkey's defence industry in December 2020 over the S-400s and expelled Ankara from the F-35 stealth fighter jet programme, where it was a manufacturer and buyer. Ankara says the moves are unjust.

Broadcaster Haberturk cited Erdogan as telling reporters on a return flight from a NATO summit in Brussels that he hoped positive talks on purchasing new F-16 jets and modernisation kits from Washington would yield results soon.

He also dismissed reports that U.S. officials had informally raised with Turkey the unlikely possibility of sending the S-400 systems to Ukraine amid Russia's invasion, saying "all they do is cause commotion" in reference to Washington.

By The Levant - 4 hours ago
Protesters have stormed Libya's parliament in the eastern city of Tobruk and set parts of it ablaze, venting their anger at deteriorating living conditions and months of political deadlock. Black smoke billowed as men burned tyres and torched cars after one protester had smashed through the compound's gate with a bulldozer and others attacked the […]
Read story

By The Levant - 10 hours ago
Iran is working towards a political solution to keep Turkey from invading northern Syria, Foreign Minister Hossein Amirabdollahian said on Saturday during a visit to Damascus. "We announced our readiness to offer a political solution and our readiness to help in this regard," he told a news conference with his Syrian counterpart. "We will expend […]
Read story