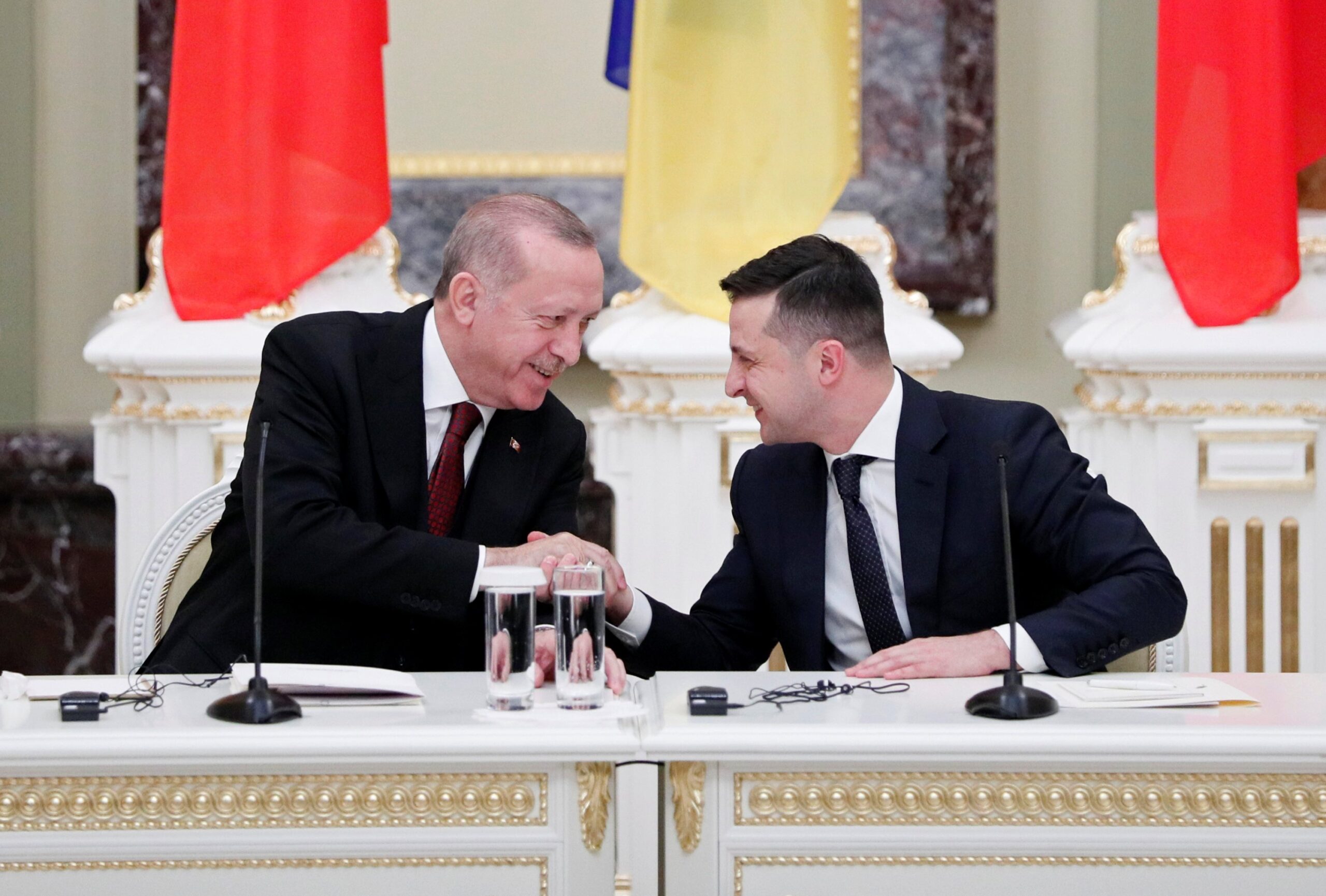 Turkish President Recep Tayyip Erdogan landed in Kyiv Thursday in an effort to mediate the crisis with Russia, as EU leaders stepped up outreach to the Kremlin to defuse fears Moscow could invade Ukraine.

The diplomatic offensive came as Russia accused the United States of ratcheting up "tensions" by sending 1,000 soldiers to Romania and 2,000 to Poland to bolster NATO's eastern flank.

As Moscow refuses to pull back over 100,000 troops from Ukraine's borders, the leaders of European powerhouses Germany and France said they were eyeing possible visits to Russian President Vladimir Putin in Moscow.

French President Emmanuel Macron was set to hold his third phone call in a week with Putin later on Thursday and also talk to Ukrainian President Volodymyr Zelensky.

Western powers have been engaged in intense diplomatic efforts -- coupled with the threat of sanctions against Putin's inner circle -- to deter any further attack on ex-Soviet Ukraine, despite strenuous denials from Moscow.

Erdogan is looking to pursue his own diplomatic track when he meets Zelensky, by leveraging his special relations with Putin and strong support for Kyiv to set up a three-way summit.

But his attempts to host peace talks between Putin and Zelensky have been stymied by Kremlin anger over NATO member Turkey's supply of combat drones to Kyiv.

Amid the diplomatic flurry, Washington angered Moscow by announcing the new troop deployments to two of NATO's eastern members.

"As long as (President Vladimir Putin) is acting aggressively, we are going to make sure we reassure our NATO allies in eastern Europe that we're there," President Joe Biden said Wednesday.

The Kremlin urged the US to "stop escalating tensions" after Deputy Foreign Minister Alexander Grushko warned the "destructive" move would make it harder for a compromise between the two sides.

Pentagon spokesman John Kirby stressed the US troop movements were to demonstrate commitment to the NATO alliance, and that no US soldiers would be sent to fight in Ukraine.

But that is unlikely to assuage Putin, who has accused the United States and NATO of seeking to "contain" Russia by placing troops and strategic arms on its border.

Putin has demanded guarantees that Ukraine will not join NATO and has implicitly threatened the former Soviet state with the massive military build-up.

Russia also wants NATO and the United States to foreswear the deployment of missile systems near Russia's borders and to pull back NATO forces in eastern Europe.

Putin has left the door open to talks, saying he was studying Western proposals set out last month in response to Russia's demands, and that he hoped for a "solution."

But in a call with British Prime Minister Boris Johnson on Wednesday, he noted "the unwillingness of NATO to adequately respond to the well-founded Russian concerns".

The Kremlin also claimed it had China's support in the standoff -- backing that would be demonstrated when Putin meets President Xi Jinping in Beijing on Friday at the opening of the Olympics.

- US change of language -

While the United States and Britain have sounded the most strident warnings over a potential Russian attack, there are divisions over how likely it may be.

Kyiv has warned against "panic" as it seeks to protect its economy and some European allies are far more guarded over the prospect of looming war.

Ukraine's Defence Minister Oleksiy Reznikov insisted Thursday that "the probability of a significant escalation as of today is considered low" as Kyiv had not seen Moscow move "strike groups" to the border.

In a change of language, the White House said Wednesday that it would no longer refer to a Russian invasion of Ukraine as "imminent" -- explaining that the word implied Putin had already made a decision to attack.

But tensions have been aggravated by plans for joint military exercises between Russia and neighbouring Belarus, where Washington claims Moscow is preparing to send 30,000 troops.

Russian Defence Minister Sergei Shoigu arrived in Belarus on Thursday for talks with strongman leader Alexander Lukashenko and troop inspections ahead of the joint drills with Belarus later this month.

The Russian military said its aviation had held anti-submarine drills in the North Atlantic that had seen British and Norwegian jets scrambled to accompany its aircraft.

Moscow seized the Crimean peninsula from Ukraine in 2014 and has fuelled a simmering separatist conflict in the east of the country since then that has cost over 13,000 lives.

A leading humanitarian organisation warned that any escalation in the conflict risked displacing up to two million people along the front line.

"The lives and safety of millions of people in eastern Ukraine hang in the balance," Jan Egeland, head of the Norwegian Refugee Council, said.