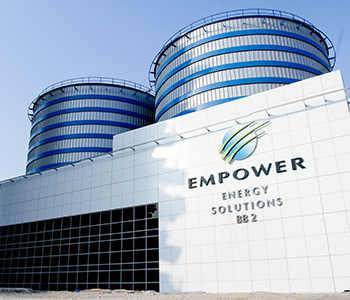 Emirates Central Cooling Systems Corporation, Empower, the world’s largest district cooling services provider, has announced that it has secured a syndicated loan of AED1.5 billion through a group of local, regional and international banks to finance its new projects.

The loan will be used to expand the capacity and district cooling infrastructure in various projects, including Jumeirah Village South, International Media Production Zone, Business Bay, Barsha Heights, Deira Waterfront Development and others. The repayments are scheduled to be made in half-yearly instalments.

Bin Shafar stated that banks have a significant appetite for businesses with robust performance, and as a result, Empower’s loan was oversubscribed by more than 3.5 times, which clearly indicated the confidence that banks had in Empower.