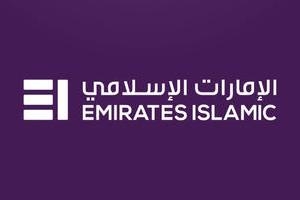 Emirates Islamic, the Islamic bank belonging to Emirates NBD Group, on Tuesday reported a net profit of Dh702 million, up 565 per cent compared to 2016.

Total income for 2017 (net of customers’ share of profit and distribution to sukuk holders) declined by 4 per cent to Dh2.4 billion.

“Emirates Islamic has delivered strong results and the impressive performance in 2017 is demonstrated with a six-fold increase in net profit. The bank significantly increased its returns to shareholders with return on equity (ROE) of 10 per cent this year, up from 2 per cent in 2016,” said Hesham Abdulla Al Qassim, Chairman of Emirates Islamic, Vice Chairman and Managing Director of Emirates NBD.

“In 2017, we focused on consistent control of operating costs, which improved by 8 per cent over last year. With a lower cost of risk and an enhanced collection drive, net impairment allowances have improved by 48 per cent year-on-year,” said Jamal Bin Ghalaita, Chief Executive Officer of Emirates Islamic

EI’s headline financing to deposits ratio at 81 per cent, remains healthy and within the management’s target range. Capital ratios, as calculated under the Basel III framework, were strong with the common equity Tier 1 ratio at 16.2 per cent and the total capital ratio at 17.4 per cent.