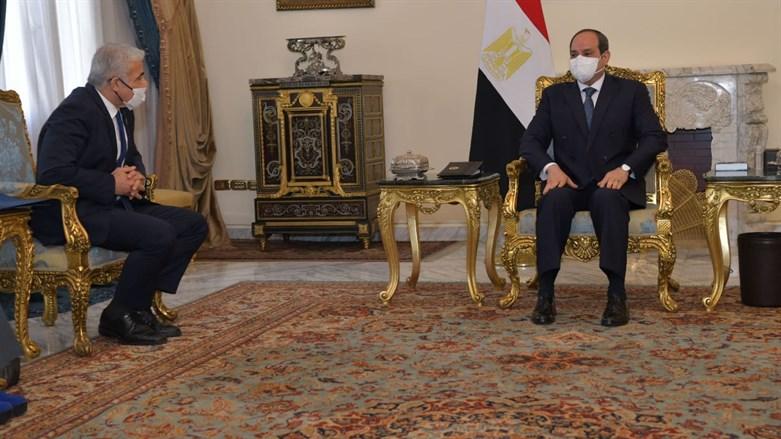 Israeli Prime Minister Yair Lapid said on Sunday that his office would investigate reports of a mass grave in central Israel containing the bodies of Egyptian commandos who were killed during the 1967 Middle East war.

Lapid's office said Egyptian President Abdel Fattah al-Sisi brought up the issue in a call after two Israeli newspapers published witness accounts suggesting there was an unmarked grave near Latrun, an area between Jerusalem and Tel Aviv where Israel's army fought the Egyptian soldiers decades ago.

Newspapers Yedioth Ahronoth and Haaretz published archival material and interviews with residents recounting how dozens of Egyptian soldiers killed in the battle may be buried there.

"The Egyptian president raised the report about the collective grave of Egyptian soldiers during the (1967) Six Day War," Lapid's office said.

The Israeli leader, according to the statement, directed his military secretary "to examine the issue in depth and to update Egyptian officials".

After fighting another war in 1973, Israel and Egypt signed a peace treaty in 1979. That was first it signed with an Arab country and Israel regards it as a cornerstone of its security.

By The Levant - 5 hours ago
By Courtney Doggart and Phesheya Nxumalo With the apathetic passing last month of a constitutional referendum solidifying President Kais Saied’s unchecked powers, Tunisia has confirmed its ignominious status as the biggest disappointment of the Arab Spring, having gone from a democratic success story to dictatorship in just over a decade.  As analysts and commentators lament the loss of Tunisia’s […]
Read story

By The Levant - 14 hours ago
The human rights organization Amnesty International released a report Thursday showing that “Ukrainian forces have put civilians in harm’s way by establishing bases and operating weapons systems in populated residential areas, including in schools and hospitals.”   Amnesty International’s findings corroborate an earlier report by the United Nations which also provided evidence that the Ukrainian army has been using […]
Read story

By The Levant - 14 hours ago
Israeli jets again pounded the Gaza Strip on Saturday, flattening multiple residential buildings and killing more Palestinians in its second day of airstrikes. Preliminary reports estimate as many as 15 people have been killed, including a 5-year-old girl, and another 125 Palestinians injured. Israel has reported no deaths and two injured soldiers, as well as three civilians […]
Read story