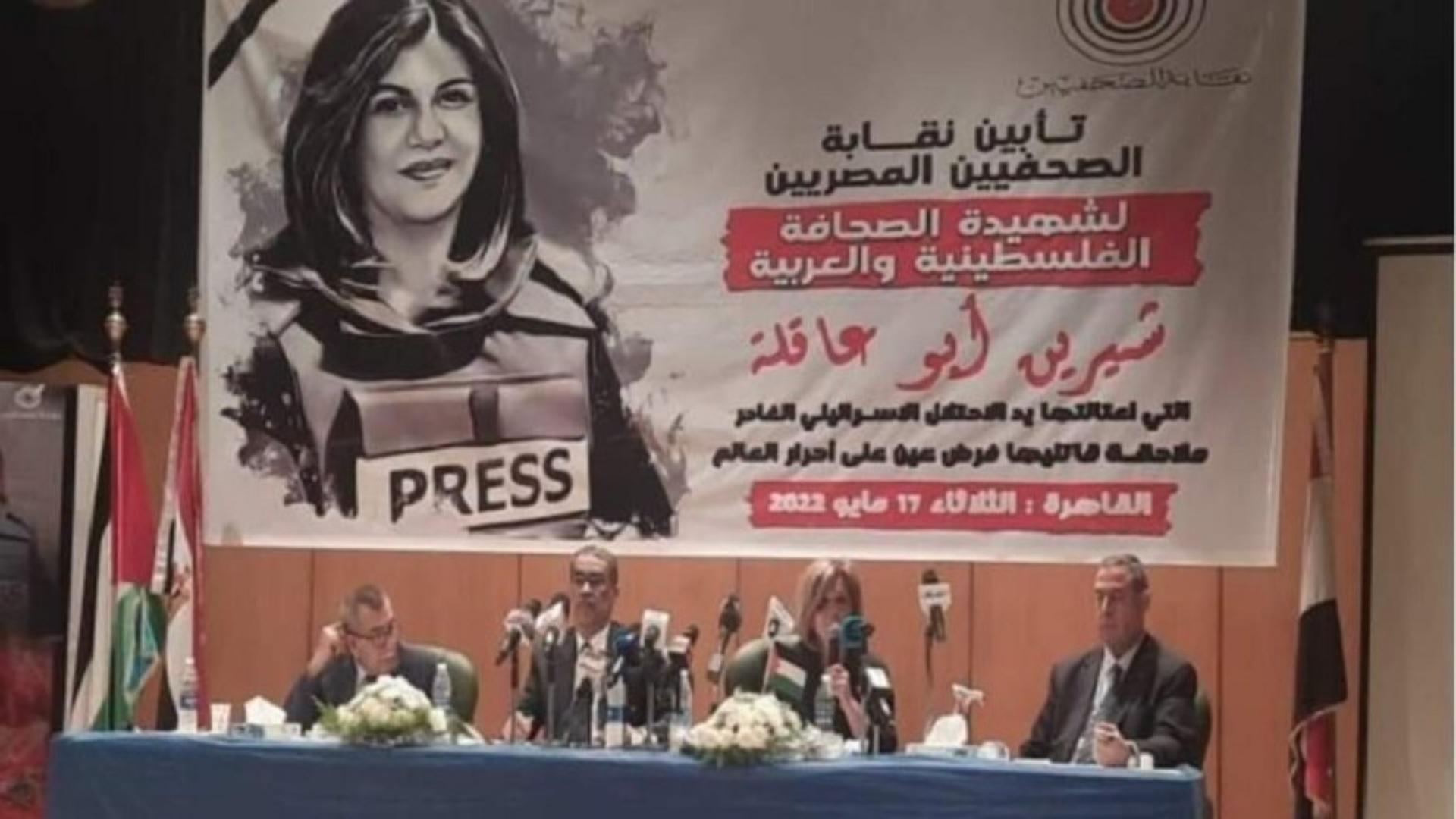 The Egyptian Journalists Syndicate will honor the late Palestinian journalist Shireen Abu Akleh with a special category in the Egyptian Press Awards bearing her name.

The award will be based on coverage of Palestine.

Syndicate head Diaa Rashwan said that Abu Akleh’s death had caused an emotional outpouring in the Arab world and around the globe.

The veteran Palestinian journalist, who worked for the Qatari Al-Jazeera network, was covering an Israeli army security operation in Jenin camp when she was shot and killed on May 11.

During an Egyptian Journalists Syndicate memorial service for Abu Akleh at the union’s headquarters, Rashwan promised that a section would be added to the site entrance bearing models of press martyrs, including Abu Akleh.

Egyptian journalists observed a minute’s silence for Abu Akleh during the memorial ceremony, which was attended by Palestine’s Ambassador to Egypt, Diab Al-Louh.

Abu Akleh’s martyrdom will not be forgotten in Arab and international history, Al-Louh said.

He told the Egyptian journalists that “Shireen’s blood will not be in vain.”

The Egyptian Foreign Ministry issued a statement expressing its “condemnation in the strongest terms of the heinous crime of assassination of the late Palestinian journalist and Al-Jazeera correspondent Shireen Abu Akleh.”