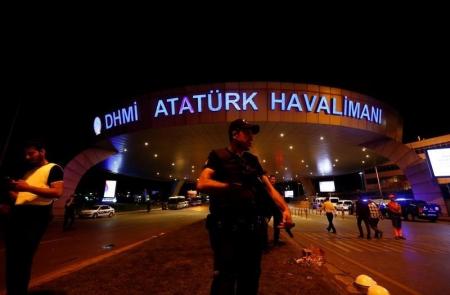 Turkey’s actions must show alignment with Egypt’s principles and goals for relations between the two countries to return to normal, Egyptian Foreign Minister Sameh Shoukry said on Sunday.

Shoukry confirmed contacts between Cairo and Ankara after years of tensions but indicated that dialogue was limited.

Relations have been frosty since Egypt’s army ousted Mohammed Mursi, who was the country’s first democratically elected president and an ally of Turkish President Tayyip Erdogan, following protests in 2013.

“(There is) no communication outside the normal diplomatic framework. If real actions from Turkey show alignment with Egyptian principles and goals then the groundwork will be laid for relations to return to normal,” Shoukry said.

Top Turkish officials said last week that diplomatic contacts had resumed and that Ankara was seeking further cooperation. Erdogan said contacts were “not at the highest level, but right below the highest level”.

Any thaw in ties between the two regional powerhouses could have repercussions around the Middle East, where Cairo and Ankara have sought to influence events in various hotspots and stand on opposing sides in a Mediterranean maritime dispute.

Shoukry also told lawmakers there were positive messages from Qatar indicating a desire to further repair relations following a summit in Saudia Arabia’s al-Ula in January.

Egypt and its Gulf allies Saudi Arabia, the United Arab Emirates and Bahrain agreed at the summit to restore diplomatic, trade and travel ties with Doha, which had been severed in 2017 over allegations Qatar supported terrorism, a charge it denies.

US Africa envoy headed to Sudan after coup plot