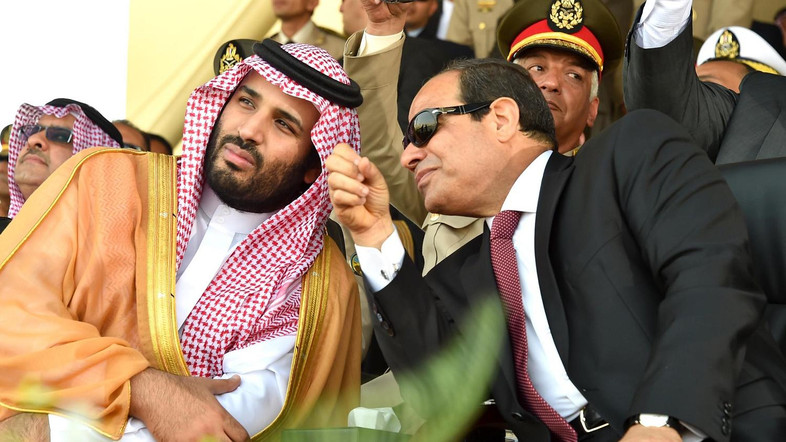 A spokesman for the Egyptian Armed Forces has said that they are aware of the challenges facing the region and are prepared to deal with them.

“It is not wise, in light of our capabilities and high deterrence power, to test the reaction of the Egyptian Armed Forces,” added Gharib Abdel Hafez.

Hafez explained that the Egyptian Navy has undergone significant modernization, increasing its ability to secure the maritime domain along the coasts of the Mediterranean and Red seas.

“Over the past few years, we have established multiple military bases, including the Mohammed Naguib Military Base in July 2017 — which is the largest military base in the Middle East — and the Sidi Barani Military Base,” he said.

A third base, the Berenice Military Base, includes an air and naval base, which secures both the coast of the Red Sea and the strategic south to confront any threats that might affect Egypt’s national security.

On Saturday, the July 3 Naval Base was opened, also an extension of the modernization efforts of the armed forces, which include supplying them with the latest weapons and equipment.

“We had about 47 naval vessels at the opening of the July 3 Naval Base, which included frigates and launchers,” Hafez said.

The Egyptian Navy has undergone significant modernization, increasing its ability to secure the maritime domain along the coasts of the Mediterranean and Red seas.

The Supreme Commander of the Armed Forces, Egyptian President Abdel Fattah El-Sisi, authorized the flag to be raised, indicating permission for the base to begin operations.

The base, strategically located in the Gargoub area on Egypt’s northwest coast near Libya, is an integrated facility, bringing together training and high combat ability.

The military spokesman indicated that the location of the base allows the naval forces to carry out their tasks in all strategic directions, whether north or west, to serve the current and future goals of the armed forces, also maximizing their ability to prevent smuggling across the Egyptian coasts.

In addition to securing the vital goals of the Egyptian state and its economic gains, the base is also involved in research work, rescue operations and the prevention of illegal immigration.

The Qader 2021 Maneuver, one of Egypt’s largest military exercises, coincided with the opening of the base.

Hafez said that the maneuver reflects the readiness of the Egyptian forces to carry out all combat missions.

“Keeping up with rapid developments in methods of combat and diversifying sources of armament is crucial,” he added.

Tags:
airforce, Ethiopia, Gaza, Grand Ethiopian Renaissance Dam (GERD), Iran, Israel, Mohammed Naguib Military Base in July 2017 — which is the largest military base in the Middle East — and the Sidi Barani Military Base, Navy, Turkey