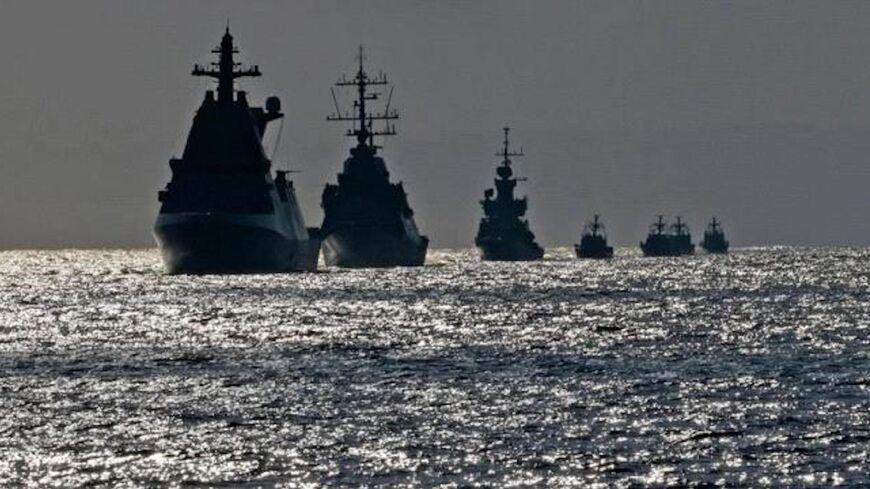 Egyptian President Abdel Fattah El-Sisi met with Rashad Al-Alimi, chairman of the Yemeni Presidential Leadership Council in Cairo on Saturday.
The two leaders discussed the issue of freedom of navigation in the Red Sea, in light of Iran’s recent escalation of hostile activities there.

El-Sisi stressed “the need to combine efforts and intensify joint action to protect the security and freedom of navigation in the Red Sea, the Bab Al-Mandab Strait, and the Arabian Gulf, and the connection of this vital issue with regional and international security and stability.”

Al-Alimi expressed his agreement with the Egyptian president about the necessity of concerted efforts to secure freedom of navigation in the Red Sea.

The two men also discussed the Safer oil vessel crisis. El-Sisi said the stricken tanker poses “a multifaceted threat” and urged the international community to solve this crisis as soon as possible by providing the necessary support and funding for the relevant UN plan.”

El-Sisi also stressed his support for the legitimate government in Yemen.

“Yemen has always been a major gateway to Arabism and human civilization,” he said. “Egypt will spare no effort in supporting the Presidential Leadership Council, in order to reach a political solution to the Yemeni crisis in a way that guarantees peace and stability and an end to the suffering of the Yemeni people.
“The security and stability of Yemen is of paramount importance to Egypt and the entire Arab world,” he continued. “Egypt welcomes the United Nations’ announcement of the extension of the armistice agreement in Yemen. We call on all parties to fully implement the terms of the agreement, as this represents a positive development that could launch a comprehensive political process in Yemen.”

Al-Alimi accused the Houthi rebels in Yemen of wanting a return to “prehistoric eras” and said they have launched an attack on “equality and justice.”
“Yemen positively supports peace efforts in coordination with Saudi Arabia and the UAE,” Al-Alimi added.

The Yemeni leader also said that he and El-Sisi had explored “opportunities to enhance cooperation between our two countries and benefit from Egypt’s experience with regard to services, including education, health and construction” in Yemen’s liberated governorates.