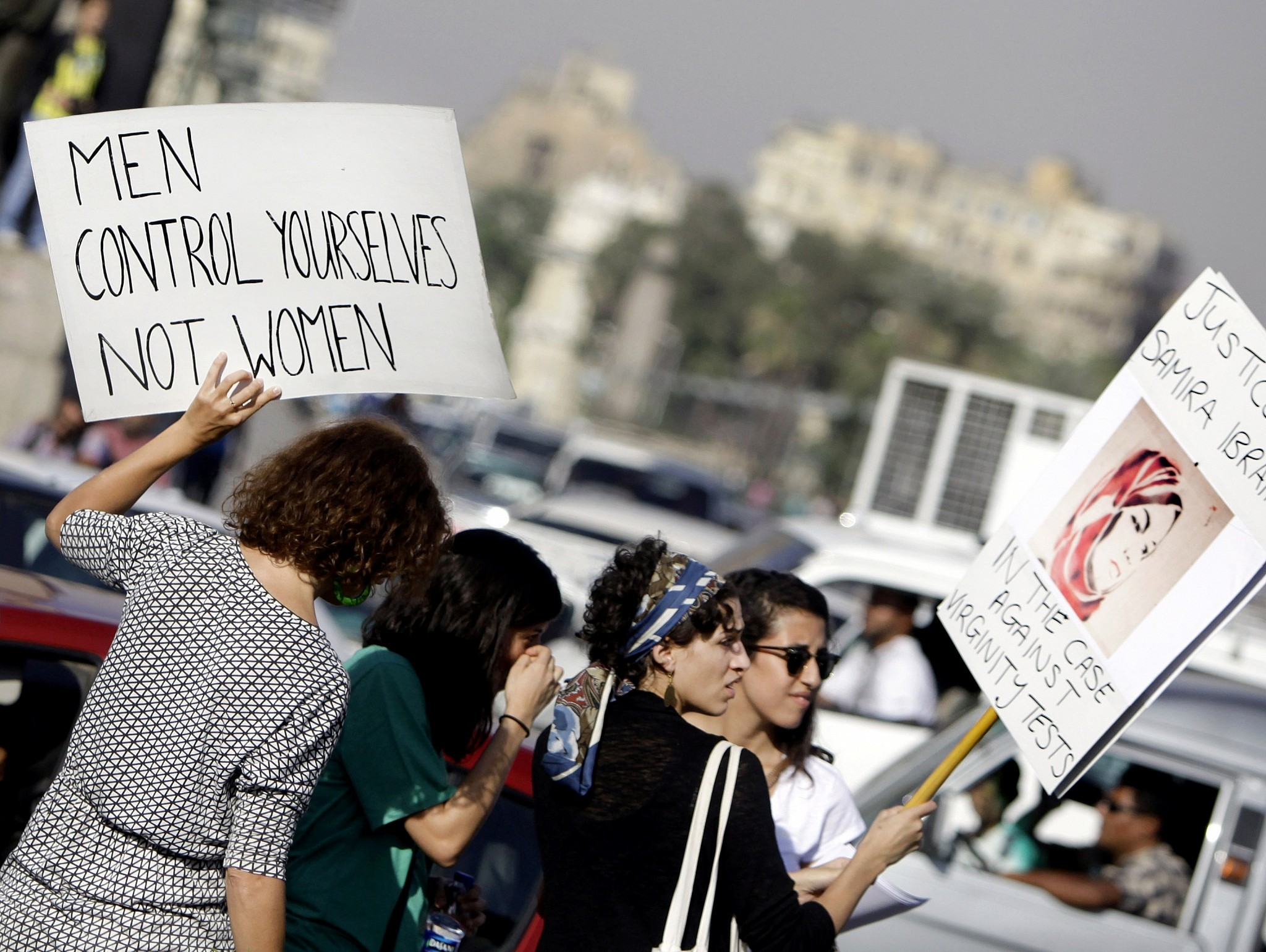 An Egyptian court has sentenced an activist to two years in jail over a video she posted on social media criticising the government for failing to protect women against sexual harassment and over poor living conditions, her lawyer said.

She was charged with spreading false news that threatened national security and disseminating a video that violated public decency. She also faces other charges including joining an illegal group.

"This is injustice, unjustified and incomprehensible. We have provided all the evidence to prove that she didn't spread false news," said her husband, Mohamed Lotfy, a human rights activist and executive director of the Egyptian Commission for Rights and Freedoms (ECRF).

"When a woman is subjected to sexual harassment and gets sentenced to two years and fined then this means we are telling all Egyptian women 'shut your mouths ...if you don't want to go to prison'."

Fathy will appeal the ruling, her lawyer said.

Seventeen U.N. human rights experts criticised Egypt on Friday for its use of anti-terrorism laws to detain activists fighting for women's rights and against graft, torture and extra-judicial killings.

Fathy was detained in May, days after she posted a 12-minute video in which she expressed her anger at poor public services at a local bank, heavy traffic, sexual harassment by a taxi driver and over a general deterioration in living conditions.

At the time a security source said Fathy had been detained over a complaint that she had insulted the Egyptian state through an offensive social media posting.