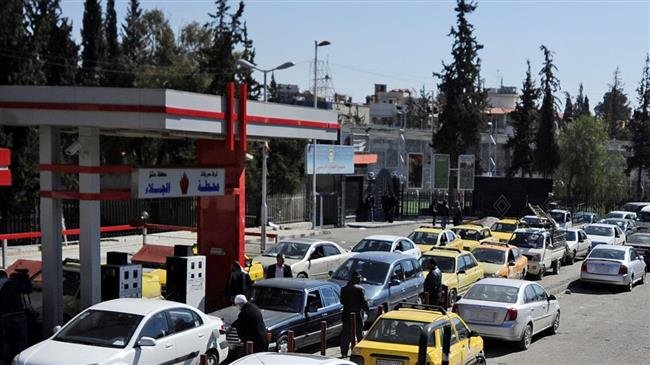 The Economic Incinerator: Syrian people suffer from lack of power, oil and gas

The Levant Exclusive - By Areej Zaher* - Lattakia – Besides the killing, arbitrary arrests, abducting and migration, Syrians are constantly going under incredible pressures pushing them to the edge of poverty. War is to blame, nonetheless, sanctions could be the last straw!

Electricity ration and the big demand on fuel appeared to be the biggest difficulties people are going under this extremely cold winter. As a country with resources of oil and gas, some may find the lack of its supplies surprising, especially when an observation in 2008 considered Syria to be the 43th country in natural gas reserves, and the 31th in oil reserves. This means that Syria will be the third in exporting gas coming after Russia and Iran, according to Sputnik. Hence, no wonder if Syria become the center of attention to powerful countries to take control over its natural energy resources.
Like vultures feasting on a meaty prey, ISIS and the Syrian Democratic Forces were insanely milking oil wells in Al Jazeera area to the drop. As a result of these outrageous exploitation, the Syrian government would have to buy its own oil. This raise a question whether Syria is willing to abdicate this quarreled zones, east of the country, for its product of oil is about only 12% whereas the coast has the biggest share, about 83%.

Transport and calefaction
One of the most fundamental aspects in everyday life, which is the transport, was affected very badly through the past eight years due to reasons represented in the ISIS’ taking over vital oil wells in east of the country, quarrels over oil between ISIS and the Kurds, sanctions and corruption. Cities considered safe and far from raging wars as Damascus and the coast in general, are suffocating with massive population where one needs to have luck to get on one these microbuses designed for carrying only 14 passengers still squeeze in about 18 or 20 people!
Despite the government removed military checkpoints inside cities and put more public transportation in service, these procedures still didn't solve much of a problem where for example a journey of 3 kilometers could take you up to half an hour fighting your way to get a seat or settle with the fact that you have to travel standing.
Every each winter, gas stations are going through same old problems to satisfy the public needs of gas and fuels for calefaction. In late 2018, the government came up with more beneficial productive tool called "The Intelligent Card" to put the project "Takamol" into work, hoping to find solution for the provision for domestic needs and transportation by allocating each family with 200 liters of fuel a year and monthly 450 liters of gas, whereas public transportation allocated with only a monthly 600 liters each.

Let there be light
Electricity ration isn't old news for Syrian and candles were supplementary. However, back then technology was in a stone age, for the fact that Syria is a developing country and evolution was only known widely by the beginning of the new millennium. Now, with the big demand on electricity, not to mention the crowded cities with poor public services, electrical illegalities were widespread especially in ghettos. To make things worst, power stations which are dependent mainly on fuel and gas have been cut down or been out of service due to continuous terrorist attacks.

Innocent martyrs
In mournful and heartbreaking accidents, innocent people including infants were caught on fire and died as a result of misusing heat devices in the absence of suitable ways to provide warm, where poor people cannot afford fuel heaters or simply because they cannot get access to fuel without registering for the intelligent card and the fuel high prices.
Syrian crisis still on, and the fear of death isn’t just excluded in bombs and weapons, and the enemy isn’t represented in the USA, ISIS or any extremist groups. Sadly, death became the normal state and people are still struggling in a rat race to provide their basic needs. Rights became just dreams, people fed up with political promises and economical solutions. And we still running a vicious circle.

*Areej Zaher is a Syrian writer.

2 comments on “The Economic Incinerator: Syrian people suffer from lack of power, oil and gas”