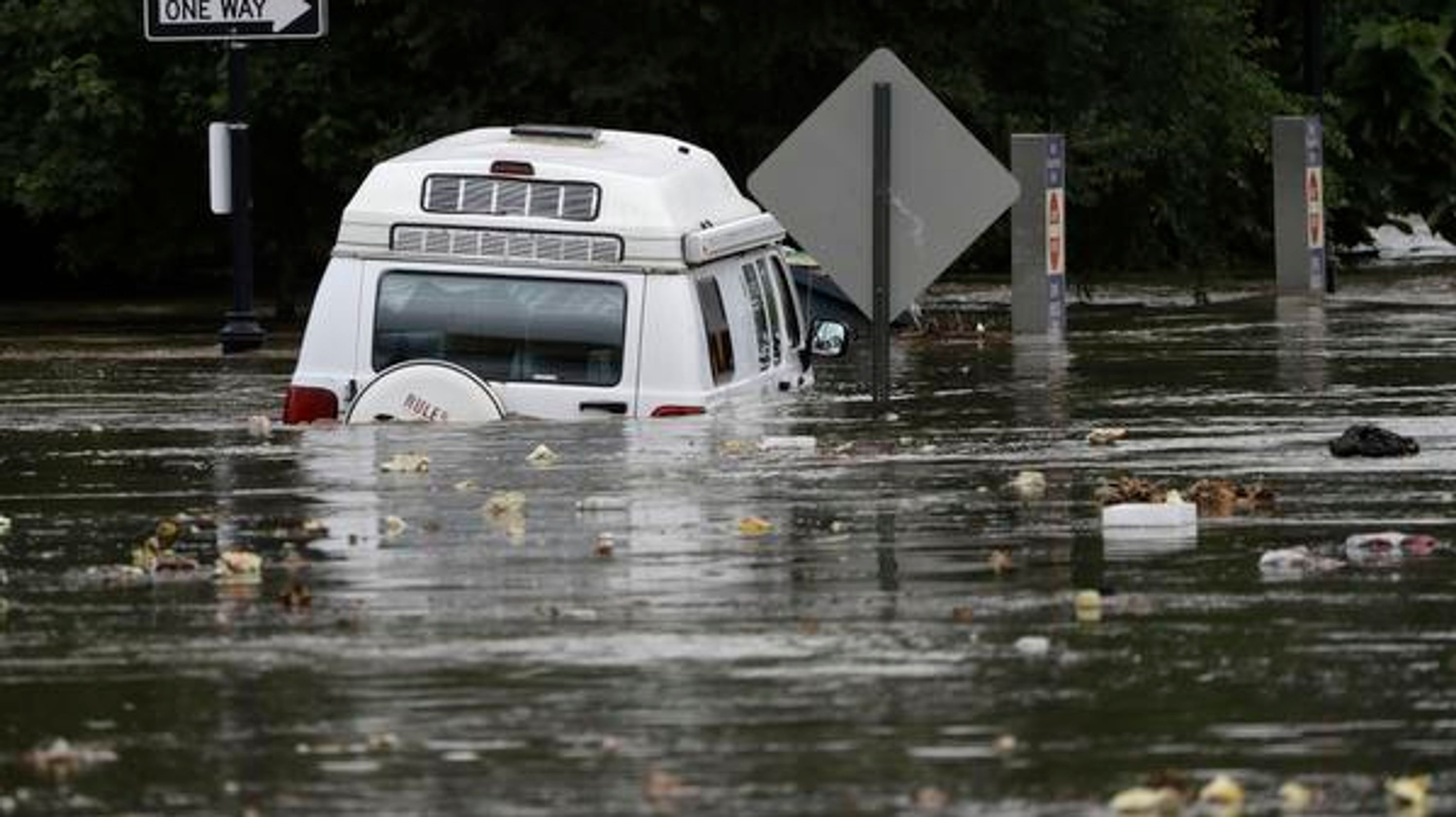 Floodwaters on Friday breached a dam that contains a man-made lake connected to a Duke Energy power plant in North Carolina, possibly causing coal ash to flow into the nearby Cape Fear River, the company said.
The floodwaters flowed from Cape Fear River into the northern side of Sutton Lake, an 1,100-acre reservoir built in 1972 to cool the L.V. Sutton Power Station. That water caused breaches in the dam on the south end of the lake, which was flowing back into the river, Duke Energy said in a press release.
The 200-mile Cape Fear River flows into the Atlantic at Wilmington, North Carolina.
The Sutton site in Wilmington was home to a coal-fired power plant until 2013, when Duke replaced it with a natural gas power station. Duke dismantled the coal-fired plant by 2017, but the grounds contained about 7 million tons of coal ash in waste pits at the time of its closure. There are still two coal ash basins on site.
The flooding forced Duke to shut down the 625-megawatt natural gas plant, and the company is monitoring the coal ash pits.
Coal ash is a byproduct produced primarily at coal-fired power plants. It contains contaminants harmful to human health including mercury, cadmium and arsenic.
Heavy rain from Florence caused one of the coal ash landfills to partially collapse, Duke reported on Saturday. The incident likely caused coal ash to run off into Sutton Lake, a Duke spokesperson told the AP.
On Friday, Duke said it believes coal ash contained in one of the basins remains in place behind a steel wall that separates Sutton Lake from a site where the waste is still being excavated. That steel wall was under water, the company said, but an earthen part of the dam setting off the basin remained 2 feet above the surface.
Another type of coal combustion byproduct, cenospheres composed mostly of alumni and silica, has flowed from that basin into Sutton Lake and Cape Fear River, Duke said.
The second basin, which contains most of the sites ash, is about 10 feet from the floodwater and has not been affected, Duke said.
Shares of Duke Energy, which were higher before the news hit, rolled over and were down less than 1 percent Friday afternoon.
Hurricane Florence packed high wind and rain measured in feet to the Carolinas, followed by rising rivers and standing water in fields.
Florence made landfall on Sept. 13 as a Category 1 hurricane in a resort town just east of Wilmington, North Carolina's eighth-largest city. The city of more than 117,000 people has been cut off by floodwaters. At least 42 storm-related deaths have been reported in the region, according to AP.
David Fountain, president of Duke Energy's North Carolina operations, told CNBC on Monday that the impact from Florence has been the most severe he's ever experienced.
"I've lived in North Carolina my entire life, and I've seen a lot of bad storms, a lot of bad hurricanes. But this is absolutely the worst," Fountain said.
Property damage and disruption from Florence is expected to total at least $17 billion to $22 billion, but that estimate could end up being on the conservative end, according to Moody's Analytics.
The company estimates 49,000 homes and businesses were still without power late this week.
Source: CNBC News