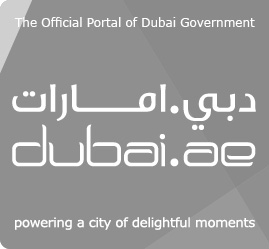 Customer services in Dubai went virtual on Thursday when the emirate observed the smart initiative ‘A Day without Service Centres’ for the first time.

Hundreds of service counters remained closed while executives helped the customers, who walked in, to do online transactions in an attempt to enable majority of the residents and citizens to be tech-savvy en route to make Dubai one of the smartest cities in the world.

Dubai kicked off the first Day without Service Centres in the morning by closing service counters and urging customers who walked in to use online services.

While several customers learnt the ABC of doing online transactions, some received updated information about what all Dubai government services applicable for them they can access sitting anywhere in the world.

Officials inspected how the customer care executives of various departments are assisting customers who walked in albeit the previous announcements about closing the service centres for a day.

Executives were also present at the electronic kiosks to assist customers in using them.

Abdul Rahman Saleh Al Saleh, director-general of Department of Finance, said told Gulf News that the intention of the initiative is to give awareness to the people about the smart services provided by various departments as envisioned by His Highness Shaikh Mohammad Bin Rashid Al Maktoum, Vice-President and Prime Minister of the UAE and Ruler of Dubai.

“We have developed many smart systems that provide service to avoid people coming to customer service centres by driving cars. They can now finish all transactions through mobile phones and other devices without coming here.

“What we are targeting is to reduce the number of visitors to centres. For example, Dubai Municipality says they have 2,500 to 3,000 customers in this (Al Twar) centre every day. By next year we hope to make 30 to 40 per cent reduction in that.”

Hussain Nasser Lootah, director-general of Dubai Municipality, told Gulf News that the initiative demonstrated to the customers how important it is to make use of the second generation of the government services through mobiles and other devices.

“Today we have a number of departments showing their [online and smart] capabilities.”

He said the municipality is vigorously working towards its ambitious target of ‘zero visit to municipality centres’ with the cooperation of other departments.

“We are hopeful of achieving the instruction of His Highness (Shaikh Mohammad) to move 80 per cent of all government services by 2018,” Lootah said.

Though there was confusion on the faces of some customers, many said they found using the online services easy after they were taught how to use them.

Ahmad Al Saeed Hassan Soliman, a foreman with a factory, said he came to the centre to apply for a duplicate driving licence as he had lost the original.

He was assisted by an executive of the Roads and Transport Authority at the Smart Teller kiosk of RTA.

Once he got his licence printed through the kiosk, Soliman said the service was very fast.

“I didn’t know there is a system like this. Next time when I come for anything, I will prefer using the kiosk instead of going to the counter,” the 43-year-old from Egypt told Gulf News.

When half the day passed, the bank counter of the GDRFA received only about 10 per cent of the customers that it usually receives. “On an average, more than 200 people come to me till I finish my shift by 4pm. I have received only 26 customers so far,” an executive said around 12.30pm.

The counters remained open for the elderly and people of determination. However, even the elderly applicants at the counters of the General Pension and Social Security Authority were educated about how to access online services, said an executive.

“Some of them know how to use email and things like that. They were open about learning the online services. But many others are used to the conventional system and they like to visit the centres to do things manually and also meet and interact with people. We just helped those customers by doing the services for them online,” she said.

Kamal Boyagamal, a Sri Lankan expat, who is about to leave the country for good, said he found the way the government offices functioned on the day more informal, interactive and welcoming.

“Usually when we visit a government office, we sit across the two sides of the table and just talk serious business. Today, I found the officials interacting with customers in a very friendly and informal way and it is really a nice thing to see for me before I leave the country.”