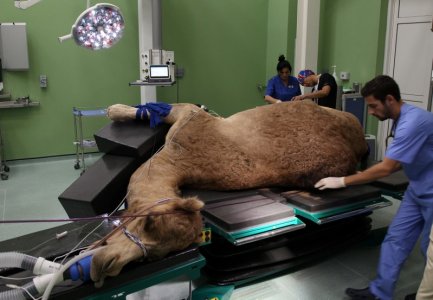 In the presence of H.H. Sheikh Hamdan bin Rashid Al Maktoum, Deputy Ruler of Dubai and Minister of Finance, Newbury Racecourse will host the 38th Dubai International Arabian Races,DIAR, on Sunday, 28th July. DIAR is being organised in partnership with the Newbury-based Arabian Racing Organisation,ARO, the sole Arabian racing authority in the UK.

As many as 73 purebred Arabian stars from around the UK and Europe, including winners of the nine prep races, will compete prize money totalling ₤193,000 (AED877,608), the richest purse for the breed.Heading the crème de la crème of Arabian racing is Gazwan, the joint top-rated colt of 2019 at the international classifications.

DIAR promotes Purebred Arabian racing worldwide from the grass-roots to the highest level, with the flagship event organised under the generous patronage of H.H. Sheikh Hamdan bin Rashid Al Maktoum.

Sheikh Hamdan created the DIAR or Dubai Race Day as it is popularly referred to back in 1981 as a platform to promote and develop Arabian racing.

The highlight of the afternoon is the Group 1 Shadwell Dubai International Stakes over 2,000 metres, which has attracted a high-quality field of seven runners, including his own representative, the French-trained No And No Al Maury, who will be ridden by his retained jockey Jim Crowley.

Shaikh Hamdan is seeking an unprecedented 11 success in the race and his first since Muraaqib in 2016.

Shadwell Stud Director, Richard Lancaster, commented: "We are very happy to see the level of runners that will be racing on Sunday. Owners and trainers from the UK, Europe and further, will bring some of their best racehorses to compete at Newbury. We are very grateful for their support towards our programme and Arabian racing in the UK.

He concluded: "We are expecting very competitive racing and we are very much looking forward to Sunday."

Genny Haynes, ARO Commercial and Finance Director, said: "The success of DIAR and the prep race series was evident in the number of entries received and in particular, the significant increase in international horses declared. It confirms that the appetite for international Arabian racing at the highest level continues to expand and which we at ARO are pleased to encourage as it is part of HH Sheikh Hamdan’s vision for the day.'' "Dubai International Arabian Races is the highlight of our season and we are fortunate that we have a grade one facility in the recently redeveloped Newbury racecourse to showcase our sport. We look forward to welcoming everyone to this unique event on Sunday."