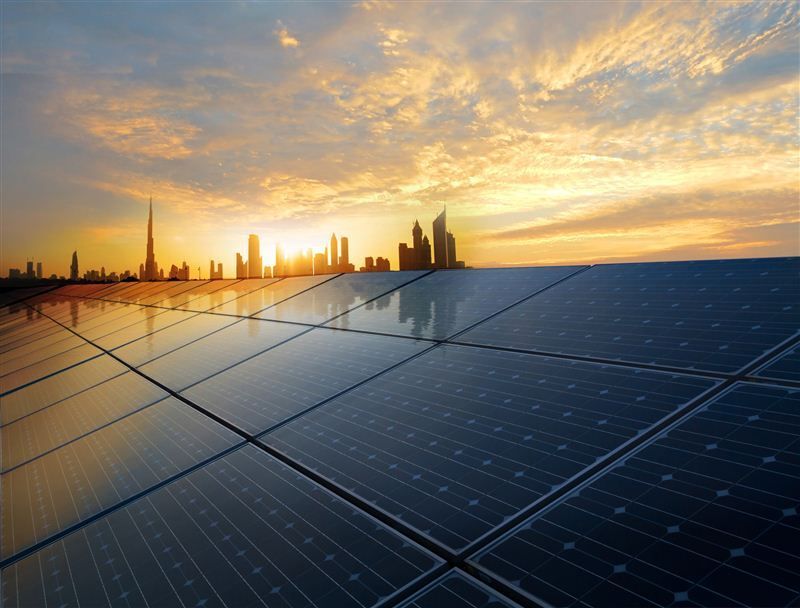 Dubai has plans to turn air into water through solar power

A Dubai-based company is using solar energy to produce water out of air.

It is aiming to get 75 percent of its energy use from clean sources by 2050, CNN reported.

“These hydro panels are effectively producing high quality drinking water day in, day out without requiring any infrastructure, any power or any type of grid,” the company’s Vice President Vahid Fotuhi told CNN in an interview.

The new technology uses solar energy to power a fan that draws in air, which then goes through a sponge-like material where water molecules are absorbed.

Source Global, which operates in 48 countries, chose Dubai to develop its biggest water farm because of the emirate’s keenness to invest in innovation, Fotuhi said.

“First of all, the fact that it is a hub for the Middle East Africa region, it also is a center for new innovations for key sectors, such as agriculture and water,” he explained.

Technologies that turn air into water are not new, but Fotuhi said they want to make it more sustainable by adopting a clean energy strategy.

Experts said the challenge with these technologies is distribution, but Source Global thinks getting people on board harder.

People here are accustomed to a staple solution for water generation and what we’re proposing is kind of diversified menu effectively,” he said. “As with most disruptive technologies, initially people are hesitant to change.”