The Dubai Airshow 2017 opened its doors at Dubai World Central (DWC) on Sunday this week, amid concerns over regional tensions. In this year’s edition a record number of exhibitors, aircraft on display, and visitors are expected. Not to mention the launch of the first-ever Space Pavilion, and the many anticipated multi-billion-dollar deals.

His Highness Shaikh Mohammed bin Rashid Al Maktoum, Vice-President and Prime Minister of the UAE and Ruler of Dubai, opened the 15th Dubai Airshow, on Sunday, together with Shaikh Mohammed Bin Zayed al Nahyan the Crown Prince of Abu Dhabi. After a walking tour around the 645,000-square meter site, the Dubai ruler joined officials from Emirates airline and Boeing to witness the surprise signing of a stunning US$15.1 billion deal to purchase 40 Boeing 787-10 Dreamliners.

Emirates is already the world’s largest Boeing 777 operator and the airline will now be among the first to receive the new 777X in 2020. The deal was one of many expected agreements to be signed at the 5-day show in DWC, Dubai’s designated ‘airport of the future’. Once completed it will be the world’s largest global gateway with capacity for more than 160 million passengers per year. It will also serve as a multi-modal logistics hub for 12 million tons of freight.

Airbus
The deal meant a setback for Airbus, that was hoping to ink a new agreement for the delivery of 20 more A380’s, the world-famous superjumbo that Emirates has largely built its business around in the past years.  Airbus officials had just met with Emirates last week for the handover of its 100th example, while 42 more A380s are due for delivery in the nearby future.

However, the surprise deal with Boeing doesn’t mean that Emirates will not be buying anymore double-decker A380’s in the future, said Emirates Chief Executive Tim Clark. If Airbus could guarantee it could keep its production line going for at least ten years, then future orders might be placed.

“Airbus attended to the issues that we were concerned about since it’s been flying, and I think it’s much improved. It’s an airplane that we would look at perhaps in the future, but at this point the (Boeing) 787 is a better jet for our fleet. If we order any more, we want to make absolutely sure that the will is there contractually to continue the line for 10 to 15 years.”

Regional tensions
The first day alone brought in a total $17 billion of civil aviation orders. A surprisingly good start in a period when business confidence is low, as the region continues to face pressure from weak oil prices and tensions caused by a rift that emerged this summer between Qatar and Arab nations, including Saudi-Arabia, Egypt and the UAE. Qatar Airways, which four years ago massively ordered planes jointly with Emirates, was therefore absent at the show.

It is evident that times are changing for the regions ‘big three’. Abu Dhabi’s Etihad recorded a $1.87 billion annual loss in 2016, and the forecast for the other giant Qatar Airways remains grim due to the imposed air blockade.

Emirates remains the only profitable airline of the three. The Dubai carrier reported earlier this year a profit of $340 million, despite all the difficult regional market conditions. To cut costs and improve efficiency, a cooperation agreement or union, like the 2003 Air France-KLM merger, could still be possible in the future. Rumors about this have been circulating in the industry for many years now, but are still fiercely denied by both carriers.

Space Program
With an eye to the future the UAE Space Agency together with Boeing and American aerospace manufacturer ATK launched a futuristic Space Pavilion at this year’s show. The current value of the global space industry is said to be worth $300 billion, growing at 8% annually, while the UAE’s investments in space technology currently exceeds $5.4 billion.

The country is the region’s most ambitious nation when it comes to space exploration. The UAE is planning a Mission to Mars. In 2020 it plans to send a spacecraft to the Red Planet that is set to arrive in 2021 coinciding with the 50th anniversary of the founding of the UAE.
In September Dubai won the bid to host the 2020 International Astronautical Congress (IAC), which will take place days after the UAE Mars Mission launches its probe. The IAC is the largest annual gathering of space professionals in the world.

Dr. Ahmad Belhoul, Minister of State for Higher Education and Advanced Skills, and Chairman of the UAE Space Agency said that the regional interest in airspace sector is increasing. “We are now also seeing more interest in space exploration. It’s a rapidly changing and expanding sector, which relies on partnerships and collaboration that is a key part of what we have been doing. Working together is what is required, between governments and organizations, plus government and private businesses. We have great ambitions and expectations for a space agency which only began three years ago.”

Air Show
On the third exhibition day the Emirates Defense ministry announced that it signed over a dozen deals nearly worth $3.6 billion. Besides a deal with Lockheed Martin – worth $1.63 billion – to modernize F-16 fighter jets, it includes a contract to upgrade its fleet of the Mirage 2000-9 aircraft. To add up, on Sunday Azerbaijan Airlines bought five Boeing 787-8 Dreamliner’s worth $1.9 billion, while on Tuesday Ethiopian Airlines announced it bought four Boeing cargo freighters to at a total list price of $1.3 billion. This means that after just three days a total of almost $22 billion worth of agreements is signed.

The airshow has been held frequently since 1989, when just 20 aircraft and 200 exhibitors took part. This year around 72,500 visitors are expected, for the roughly 1,200 exhibitors, and 160-plus aircraft. The 2013 event saw a record score of commercial aircraft when carriers announced a record $206 billion of orders. At the 2015 show $4bn of new contracts was unveiled.

While the airshow will enter its fourth day on Tuesday, all eyes are on Asia’s discount giants such as AirAsia and Lion Mentari Airlines who have been growing rapidly over the past years, and established carrier Cathay Pacific Airways. Asian carriers have traditionally favored high-profile events for large order announcements, and perhaps this years’ Airshow in Dubai is their best opportunity. 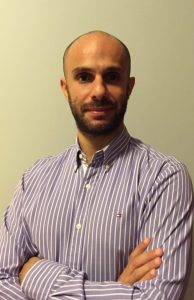 Helpless & Hopeless in the Eye of the Storm: The Fate of Banks in Lebanon

Despite the critical role they play in the economy, banks in Lebanon have been left …