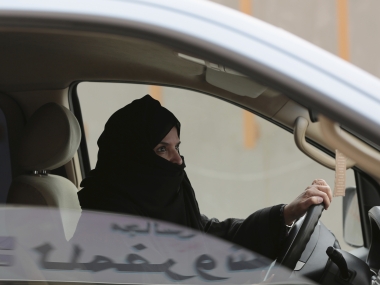 Driving schools for women in Saudi Arabia will be operational in March, almost four months ahead of the day when women are officially allowed to drive on Saudi roads.

The date should be enough for women to go through the training process and acquire the necessary skills to pass the test and drive, Saudi daily Okaz reported on Sunday, citing sources it did not name.

However, the sources did not mention whether the driving schools would be new ones exclusively for women or set up within the already existing schools across the kingdom.

Saudi reports last month said that all the driving instructors would be women and that the first ones would be from Egypt and Jordan.

Under new traffic rules, all those who apply for driving licences should go through training sessions.

Those who do not know how to drive have to sit through 90 training hours whereas those who already have experience in driving should spend 30 hours in training.

Prior to the rules, applicants were tested without the need to show they have gone through any training.

The new rules will help ensure that those who had acquired driving licences abroad were fit to drive.

Several Saudi women acquired driving licences in other countries, mainly in the Gulf and in the Arab world.

On September 26, Saudi Arabia said that women would be allowed to drive for the first time in the country’s history starting June 24.

The nine-month period is to be used to prepare the logistics, including driving schools and training, to ensure a smooth application of the breakthrough reform.