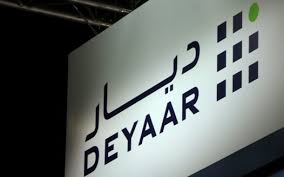 Deyaar Development on Sunday posted a net profit of Dh65.2 million for the six months ending June 30, 2018, a 2.6 per cent decrease over Dh67 million profit it made in the first half of last year. In the same period, the property developer reaped Dh314 million in revenues, 0.7 per cent less than Dh316 million revenue in the first half of 2017.
Deyaar said numbers indicate a “solid start” to the year. The company’s shares on Sunday closed down 0.7 per cent at Dh0.427 on the Dubai bourse. Chief executive Saeed Al Qatami said in a statement that the company is “confident about our ability to further expand Deyaar’s portfolio and continue to see positive results”.