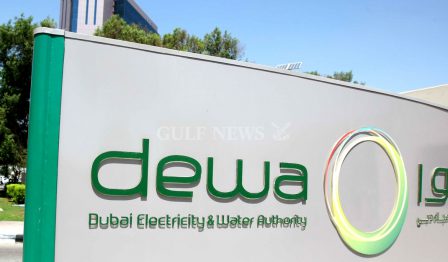 The Dubai Electricity and Water Authority, DEWA, has organised the second France-DEWA Business Forum, in collaboration with the French Business Council in Dubai and the Northern Regions and Business France, to strengthen cooperation with French institutions and companies.
The theme of the conference was ‘Future of Energy and Innovation’. Saeed Mohammed Al Tayer, Managing Director and CEO of DEWA, welcomed the French participants, headed by Ludovic Pouille, Ambassador of France to the UAE; Raja Rabia, Consul General of France to Dubai; Geoffroy Bunetel, President of the French Business Council in Dubai and the Northern Regions; representatives of French companies in the UAE, and senior DEWA officials.
In his welcome address, Al Tayer said, “This forum aims to strengthen cooperation with French institutions and companies and exchange experiences and best practices. We work to achieve the directives of our wise leadership represented by President His Highness Sheikh Khalifa bin Zayed Al Nahyan, and His Highness Sheikh Mohammed bin Rashid Al Maktoum, Vice President, Prime Minister and Ruler of Dubai, to make the UAE the world’s leading nation. Our leadership has established strong historical ties between our two nations based on peace, dialogue, cooperation, and openness, and the UAE and France are keen to support and consolidate these relations for mutual benefit.”
Al Tayer emphasised the importance of French companies contributing to electricity and water projects in Dubai and the UAE, as well as forming strategic partnerships with DEWA.
He explained DEWA’s key projects, initiatives, and programmes and said its strategy is aligned with the UAE Centennial 2071, the UAE Vision 2021, and the Dubai Plan 2021 to ensure a sustainable and happy future, and support the UAE to emerge as number one across all areas.
Al Tayer confirmed that DEWA has an installed capacity of 11,100 megawatts of electricity and 470 million imperial gallons of water per day. He also noted that DEWA provides services to over 900,000 customers and has investments valued at more than AED86 billion over the next five years to meet the increasing demand for electricity and water in Dubai.