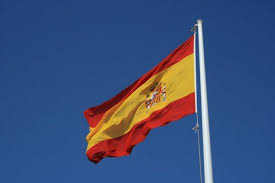 DEWA meets with the Spanish ambassador

The meeting touched on ways to further develop cooperation between Dubai and Spanish companies, especially in the fields of electricity, water, sustainability and clean and renewable energy.

During the meeting, Al Tayer presented DEWA’s latest projects and local and international achievements, and its active role in promoting sustainable development in Dubai.

He also briefed the visiting delegation on DEWA’s projects, initiatives, and plans, to achieve the objectives of the Dubai Clean Energy Strategy 2050, to secure its energy supply by diversifying the energy mix to provide 75% of Dubai’s total power output from clean energy by 2050.

DEWA also launched several projects and initiatives to achieve this objective such as the Mohammed bin Rashid Al Maktoum Solar Park, the largest single-site solar park in the world with a production capacity of 5,000 megawatts, MW, by 2030, of which 4,000MW will be from photovoltaic solar panels and 1,000MW from concentrated solar power, CSP, technologies, with investments totalling AED50 billion. Upon completion, the solar park will reduce over 6.5 million tonnes of carbon dioxide emissions annually.

The Spanish delegation expressed interest in participating in DEWA’s leading projects in the field of clean and renewable energy and water, praising the bilateral relations between the two countries and DEWA’s efforts in achieving sustainable development in the Emirate of Dubai.