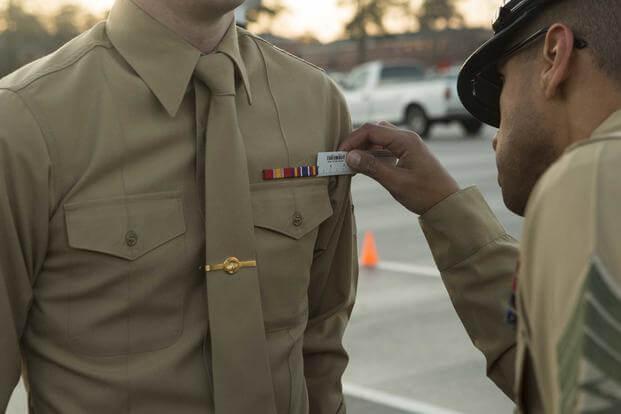 Experts say narrowing the recipients for this award signals a symbolic as well as practical shift away from counterterrorism and towards China.

Despite the recent drone attack on Al Qaeda leader Ayman al-Zawahiri in Afghanistan, the U.S. military seems to be looking to put a formal capstone on the broader Global War on Terror.

Starting on Sept. 11 — for the first time since its inception in 2003 — the Global War on Terrorism Service Medal will only be awarded to service members directly serving in counterterrorism efforts. Experts argue this could signify a new era in the GWOT.

“The shift in limiting who is eligible for the Global War on Terrorism Medal suggests that military policy makers may finally be moving away from classifying almost all types of war as ‘the fight against terrorism,’” Noah Coburn, political anthropologist and Middle East specialist, told RS in an email.

Under the new regulations set by the DoD, a service member must have “directly served in a designated military [counter-terrorism] operation” for a minimum of 30 days to be eligible for the award.

Up until now, the award was considered by many to be pretty much automatic. Nearly every active-duty, Reserve, and National Guard service member who served since 2003 has received the award, according to Military.com. And in 2004 the Army authorized all troops who served after Sept. 11 2001 to get the award.

“Certainly, there is a symbolic component here,” Jenni Walkup, a researcher at Brown University’s Costs of War Project, told RS. “Choosing to award the Global War on Terrorism Medal to a smaller portion of U.S. Military personnel suggests a shift in focus away from counterterrorism.”

Erik Dahl, Associate Professor of National Security Affairs at the Naval Postgraduate School agrees that this change in eligibility reflects a larger reprioritization within the military.

“This change is well timed,” Dahl said in response to questions from RS. “The main focus of our military has moved away from counterterrorism, and toward concerns about Russia and China.”

The CIA’s No. 2 concurs. According to the Associated Press on Monday, CIA deputy director David Cohen told fellow counterterrorism officials in a closed-door intelligence meeting last week that while fighting extremist groups remains a priority, his agency’s resources will be increasingly funneled elsewhere — mainly to China.

So how will the U.S. approach the GWOT moving forward? Does this indicate the end of a war which has cost the U.S. eight trillion dollars and led to 900,000 deaths?

Perhaps. “At the same time, the targeted killing of Ayman Al-Zawahiri, in downtown Kabul, is a worrying step back towards policies of assassination over relying on diplomacy, courts and the rule of law,” Coburn added.