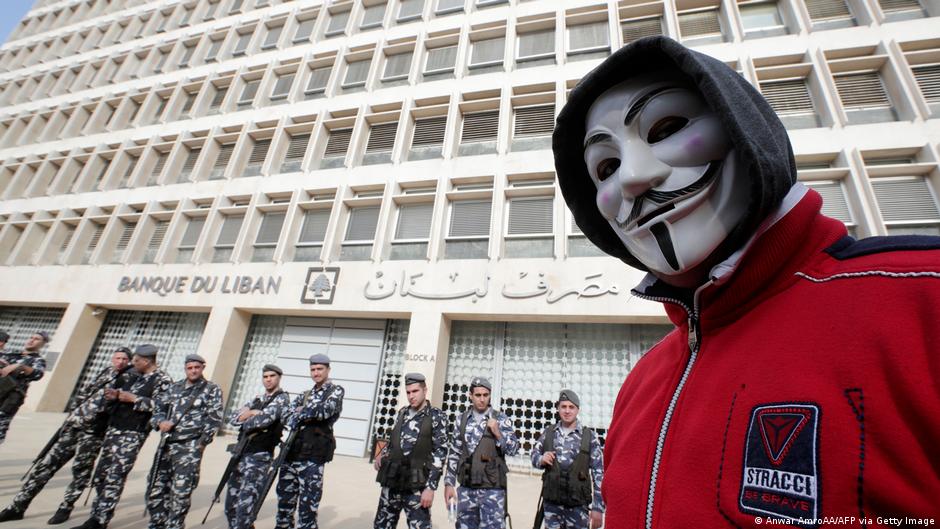 Depositors and activists rallied Wednesday outside Parliament to prevent MPs from attending a session on capital control held by the joint parliamentary committees.

Some protestors kicked the car of Deputy Speaker Elie Ferzli and threw stones at it, media reports said.

The depositors syndicate and the Mouttahidoun lawyers union considered in a joint statement that the capital control will deprive depositors from their rights, describing it as a "disguised amnesty" and a "dangerously flawed" law.

While some MPs also considered that the law needs amendments to protect the depositors' rights, Prime Minister Najib Miqati said on Tuesday that authorities have no plans to “eliminate depositors’ rights.”

The joint parliamentary committees are studying the capital control draft law before referring it to Parliament’s general assembly.

A session, last week, had ended without an approval as amendments protecting the rights of depositors had been introduced.

An earlier version had also been rejected, as the committees prompted the government to send an amended version.

The adoption of a capital control law is one of the reforms requested by the International Monetary Fund to financially help crisis-hit Lebanon.